Science fictionâ€™s mandate through the ages has always been to push the boundaries of where the human spirit can take us. Unlike researchers and inventors who do the heavy lifting of getting us there, science fiction authors are like lookouts on the crowâ€™s nest on the ship of human endeavor, peering into the mist and discerning the shapes of unfamiliar shorelines.

Some amazing sci fi tropes of old have now become part of our daily lives â€“ we all carry Star Trek style communicators, for example â€“ according to Google analytics, about 23% of you are reading this on a mobile device, so congrats on living in the future!

1) The AnsibleÂ While the name comes from an old 1966 novel, I first heard about the concept of an ansible from the Ender series, written by Orson Scott Card and then later in the Vattaâ€™s War series by Elizabeth Moon. Basically, an ansible is a device that allows for simultaneous communications across any distance. Which means however one ansible communicates with a sister device, it does so at extra luminal speeds. Hereâ€™s where it gets interesting. The best description of the quantum effect Iâ€™m about to tell you about was on a Yahoo! Answers post (yeah, go figure!). Iâ€™m reproducing that here, because itâ€™s so well done:

Some active elements, like Cesium, will regularly emit two entangled photons, two twins we’ll call Spike and Jake. When they are born they each have identical spin, they are identical in every way. They grow up and Spike stays home to open up a deli and Jake goes overseas thousands of miles away to fight in the nations wars as an enlisted man. But they are never far apart for, you see, they are entangled. The twins sense each other’s condition exactly the same, immediately, and at the same time…despite being thousands of miles apart when the events happen. They are forever entangled.

So it is with entangled quanta (although they don’t have big toes). When photon A’s spin is switched from up to down, entangled twin B’s spin flops immediately from up into the down direction. This remarkable effect has been replicated by reputable labs all over the world. And some have even done this entanglement when A and B were kilometers apart.

And that’s the notable thing…kilometers apart and immediately cannot be according to classical physics. Whatever it is (and we have no clue) that communicates between A and B to make B respond immediately over great distance is traveling waaaaaaaaaaaaaaay faster than light speed. And that, sports fans, has a large segment of the physics world asking “How can this be?”

However this happens, the fact is that if a spin can be manipulated across these distances repeatedly and infallibly, what weâ€™re in effect doing is transmitting a single bit of data. If a spin in one direction is a binary 0, and a spin in another direction is a binary 1, by alternating the spin in a meaningful pattern (and â€˜readingâ€™ it off the paired photon) what youâ€™ve done is build the worldâ€™s first ansible that communicates (at first) in Morse code.

2) Artificial IntelligenceÂ Science Fiction is littered with AI. There is of course, so much debate about what constitutes a â€˜realâ€™ AI entity that entire books have even been written about different kinds of AI, and even eminent professors who have spent decades of study in this field disagree on the most basic definitions. However, the concept of an artificial or virtual entity helping us through tasks is, in small, tiny, baby steps, seeping into our lives. Appleâ€™s Siri, while notoriously stupid at times is a nice face on the current state of AI (although as the video I linked to might prove, maybe Android is the droid you happen to be looking for.)Â The reason why Siri and its Android counterpart are so startlingly different from the iterations that have come and gone before, is the fact that they use such a natural input mechanism: voice. You just have to talk to them. Suddenly, Robbie the Robot looks like he’s about to happen. 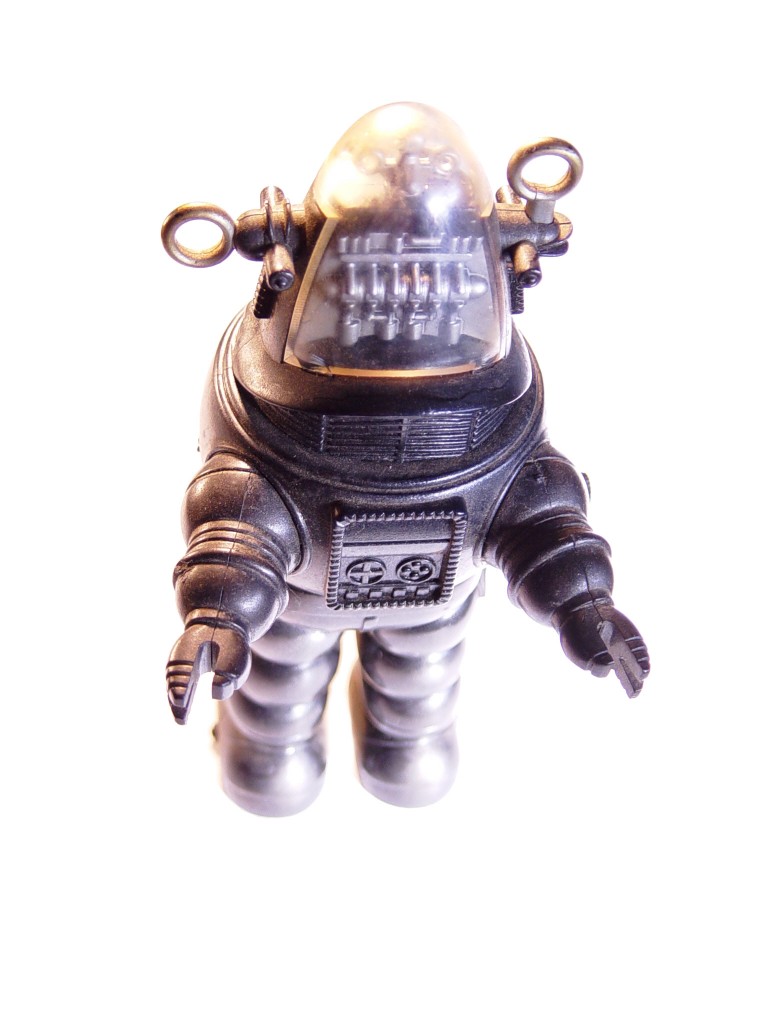 The next big leap will, I think, come when this input mechanism is paired to more ‘human-like’ output mechanism.

3) Transhumanism / Cyborgs Alastair Reynolds is perhaps my favourite sci fi author right now. His books have an underlying concept wherein some humans become ‘more than human’ because they can effectively communicate their thoughts via a communications system. Not just their thoughts, but data in general. Think TCP/IP for the brain.
Suddenly, it is now possible to vote in elections, send pictures, videos and, in fact, experiences to another person, instantaneously. It’s as though you have a little web browser running on a little OS in your head. Many writers have explored this theme. In the Forever War books, similar communication links exist to link soldiers with gigantic battle robots that they control remotely (like Sam Worthington’s character controlled his Naa’vi body in James Cameron’s Avatar.) In Vatta’s War, the main characters have a physical chip embedded in their brains which improves the data retention, processing and memory power of their wetware brains. Once again, we appear to be heading in this direction, asÂ XKCDÂ tells us.
We’ve moved from communicating via dial up bulletin boards, to forums, to community sites to personalized social networks, using hardware that’s grown ever smaller and personal, from large shared-time computers that connected to a mainframe, to personal computers, to handheld devices like mobile phones and iPads, and now Google Glasses and similar products will shrink the space even further.
It’s only a matter of time before we move to a device that’s actually inside the body. (Although I don’t know if the palm-phone from the remake of Total Recall will be any good. I find it might interfere with my, ahem, social agenda.) 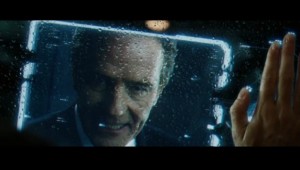 4) Warp Drives If humanity has to ever take to the stars like we’ve seen in Star Trek and Star Wars and the countless other space-set science fiction books, movies and TV shows, we’re going to need a better way of getting around. Chemical rockets are basically only going to get us so far. What we need is to either go faster, or make it so it doesn’t matter that we’re going slowly. (Cryostasis or similar hibernation.) My bet’s on going faster.
There was a lot of news recently about the Alcubierre warp drive possibly becoming a reality. Before you jump the gun, there are many problems with this. The energy requirements are still prohibitive and there’s also the slight downside that you may destroy whatever solar system you’re visiting, when you arrive.
Either way, though, even if it’s a few hundred years away, and even if we may never breach c, I have no doubt that we’ll come close. Even travelling at a few percentage points of the speed of light will be a gigantic achievement and not one to sneeze at.

5) Space Mining The Earth only has a finite amount of resources that we can tap into. From precious elements to living room, we’ve been fighting over our little piece of the universe far too long. Of course, in science fiction, the answer is blindingly obvious – mine the asteroids!
Turns out it’s not entirely a plan without merit – James Cameron and Larry Page themselves have gotten in on the ground floor of a company designed to do exactly what hundreds of sci-fi books have been suggesting for years – find a likely asteroid, haul it into close earth orbit and then hack away at its deposits of minerals to fund more asteroid pursuits!
Here’s hoping they get Bruce Willis on board too…

Can you think of any similar technologies? Let me know in the comments!