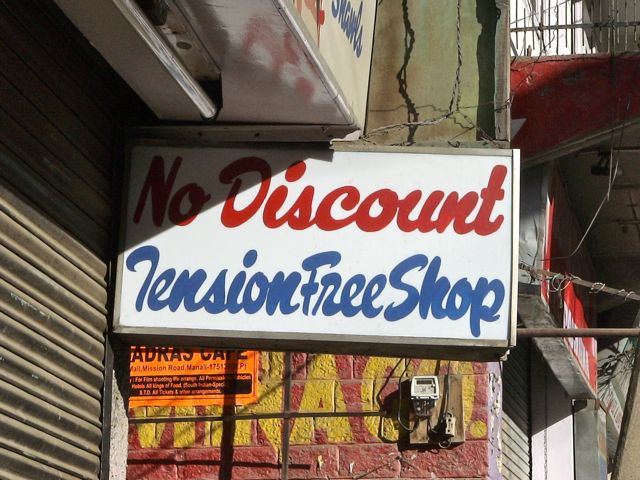 Most of the time you wouldn’t associate Indians with something as offbeat as backpacking. Whether it’s the traveling Indian vegetarian chef that accompanies most tour groups or the insistence on visiting only those countries that have been featured as the backdrop to a Bollywood number, the stereotype has been formed: Indians love tour groups and hate backpacking. To the dire misfortune of tomatoes in every major Indian metropolis, even movies about backpacking like Zindagi Na Milegi Dobara have done nothing to spur our fellow countrymen into seeking the roads less traveled. If anything, there is now a ZNMD tour, doubtless the brainchild of some middle manager at Raj Travels.

However, there are some advantages to being one of a tiny group of non-conformist Indians who are backpacking around the world.

There is no better advantage than being able to utterly throw off an otherwise ruthless shopkeeper in some souk by brandishing your nationality. It helps if you carry the accoutrements of an international backpacker – torn shirts, a pair of ratty shorts and some odd malas strung about you but even without these, the poor man will be so dumbfounded at the idea of someone from India backpacking that he will most likely not know how to react to the fact that you actually want to buy something from him. Which brings us promptly to:

Bargaining is in our blood:

Being a backpacker means looking for cheap deals. Thankfully that is also the definition of being Indian. We’ve cut our teeth on bhajiwalas and Colaba Causeway. There are no prices that we cannot scoff at, no offer that we cannot ridicule. That look of scorn and derision that the man in the shop expresses? We’ve seen worse, and laughed at it. When all else fails, we even have the nuclear option: the ignore-and-walk-away-till-you’re-called-back. If backpacking ever goes mainstream with Indians, it will ruin the economy of countless small nations.

When I was 12, I was living in Antop Hill, in Mumbai. Anyone who’s ever walked home from the bus stop to their apartment in Sector 7, or who has taken a rickshaw in Delhi after sunset can’t be scared by the prospect of couchsurfing in a rough neighbourhood. We have a legendary radar for trouble, and we’re not afraid to use it. Similarly,Â our cities and towns are so noisy, we’d be perfectly comfortable with the 6 AM plastic rustle as people enter or leave the room in hostels and we sleep 5 to a room anyway so that’s just like home.

Can you think of more advantages? let me know in the comments!