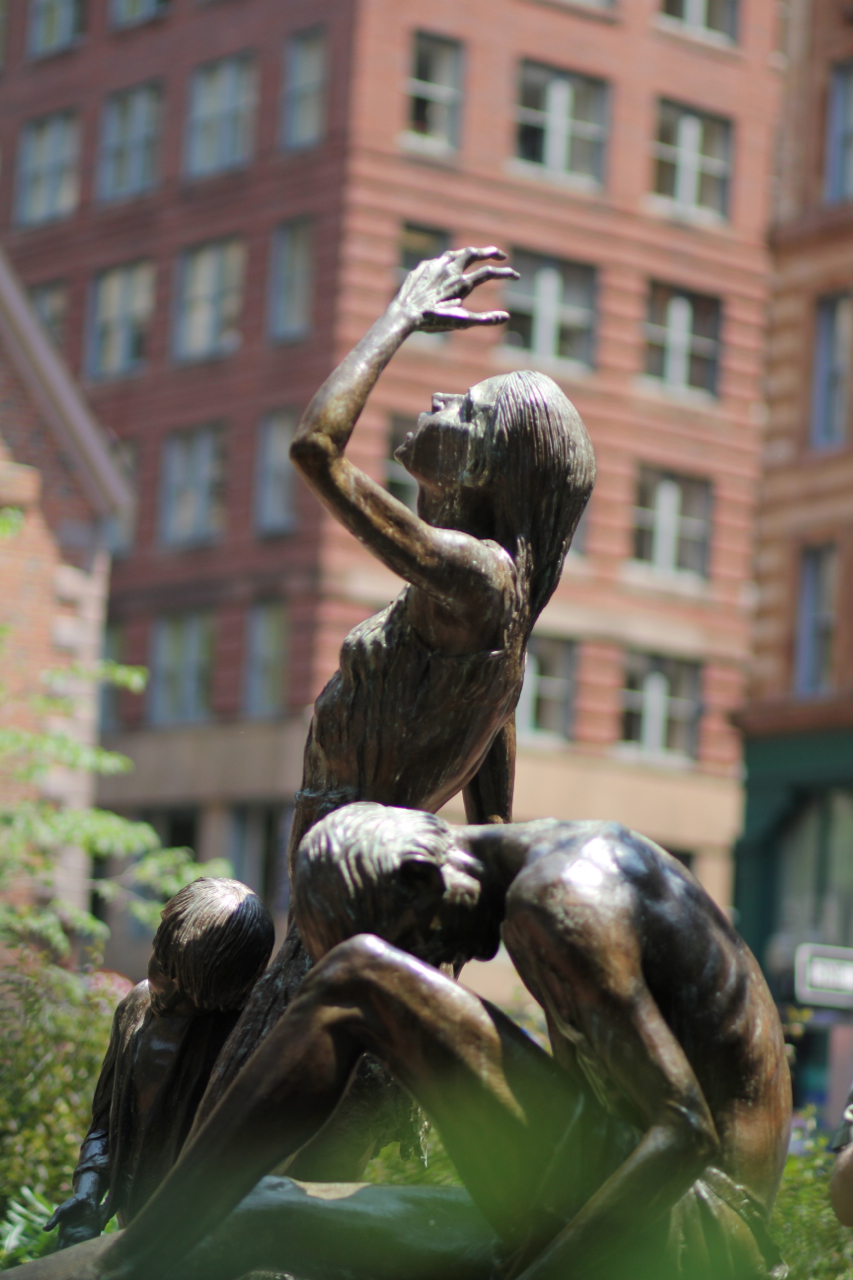 Boston is a lovely city – it’s highly walkable, which is great for a backpacker on a budget, and the people are super friendly. It also introduced me to so much history and culture that I think I now want to become a history student all over again. The main reason for this is the way history is taught in Boston – not as a dry recitation of dates and events, but as something living, a continuation of states. Which is what it really should be.

Listening to a parks ranger give a talk on freedom and liberty and how it’s a responsibility and not a right in the historic Faneuil Hall harks back to the days when people would have those same debates in the same space, 200-odd years ago. Walking the 6 miles of the Freedom trail through Boston Commons and into Cambridge, seeing the sights along the way really puts into perspective the years that lie heavy on this region of the world.

And apart from all the learning, just being able to sit on a wooded lawn and read while the birds chirp nearby, or take a nap and wake up to an audience of ducks and squirrels inspecting your feet (yes, this happened to me) is unforgettable. Boston offered me these experiences and more. The night I was there was the final ice hockey game for the Stanley Cup, when Chicago defeated Boston. I’ve never seen a home team being cheered for this loudly and I have never seen sporting grief so intense. And I say this as someone who comes from the city that holds the Wankhede north stand and the country that has Eden Gardens in it.

I watched the game at a bar in downtown Boston and when it became clear (in the last minute of the game – literally) that Boston was not winning, the man next to me started sobbing into his beer. All over town, I could hear the wails and gnashing of teeth as fans came to grips with the fact that it was over. And while I could have been nervous at the fact that ice hockey is a violent sport and its fans probably would be equally violent, I also felt safe because it seemed to be a very private grief. The only people who should have been worried were Chicago fans – and if there were any in town, they would have been hiding their joy for fear of receiving a public beating.

While in Boston I also managed to perfect the curry that I’ve been serving to my couchsurfing hosts. In India I could cook effortlessly but cooking in a new country is hard because everything is different! The spices seem strangely less (or more) potent, there are a variety of cooking ranges which use a multitude of different fuels (so you can never find that perfect simmering temperature) and all the other ingredients have strange names and come in a bewildering array of choices. When you’ve tried picking out the right kind of onion from eight different options, you’ll know what I’m talking about!

Still, this one time, everything came together perfectly and I made one of the best beef curries I’ve made in a long time. I’m glad I had a chance to do it and for such a nice host too. The next night I spent in a different district, but with equally interesting people. My hosts were a couple – he was a beer enthusiast who introduced me to some delicious microbrews and she was a hula hoop expert. I shot a video of her, which is linked below, along with some pictures.

As you can see from the pictures, Boston is also a city where the old meets the new, literally. You’ll see churches from hundreds of years ago nestling under the shadow of a glass-fronted skyscraper. A modern pub looks out onto aÂ cemeteryÂ where people who were alive before the country was even a country are buried. You can’t buy that sort of atmosphere for a city. You have to grow it.