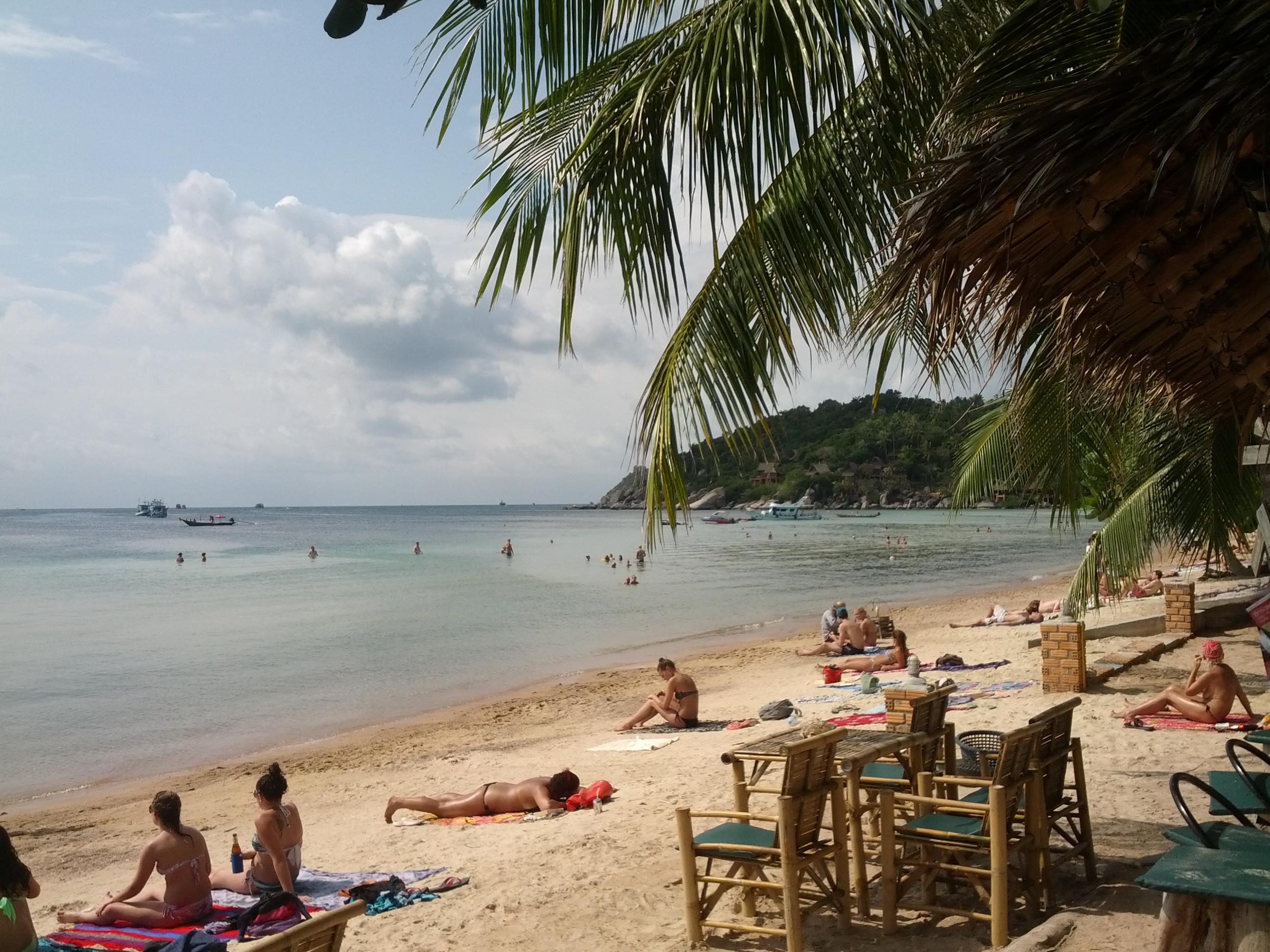 Most of the people I know are aware that I’m going off on a long trip to the US and South America, in May – this is mostly because I cannot stop talking about it. But what I’ve probably not admitted to most people (even myself) is that it’s a very daunting prospect. To be on the road is scary. To travel alone, more so. To travel alone, long term, on a strict budget, is probably the hardest ever. But if my ten days in Thailand is a preview of things to come, then bring it on.

I’m not usually one for impromptu plans. I like to be at least a little organised, because otherwise you end up spending a lot more money than you intended to. And for someone without a steady source of income, spending more money is an absolute no-no. Still, this Thailand trip was about as impromptu as it gets. When my friends called me let me know what the plan was and to confirm if I was coming, I was driving at the time, and I thought for about 3 seconds (2.5 of those seconds was spent frantically looking to see if I was in any danger of being pulled over by a cop) before accepting. After I hung up, I cursed myself. What was I thinking? I didn’t even like South East Asia!

Still, I went ahead with the plan, booked tickets, and a hostel room. I’d already decided that in order to make my time there more efficient, I’d go for ten days instead of the five that my friends were planning and meet them in Bangkok. I needed a plan for the first five days. Thankfully, I’d met some nice American couchsurfers who had just been to Thailand, specifically Koh Tao, a small island about 12 hours from Bangkok. The only thing this island was particularly known for was diving. So I decided I’d see what the fuss was all about.

After a poky 4 hour flight which departed 2 hours late (thanks, Air India!) I landed in Bangkok. Day 1 was all about transit – I landed at 9 AM and had a flight in the evening, then an overnight boat to Koh Tao. Which meant that I would be on the move for about 30 hours all told. So on Day 1, I had to figure out the Airport link, the BTS skytrain system, the local bus route to the domestic airport, get lunch, stow my bags at the hostel where I’d be staying on my return to Bangkok and make sure I made it to the domestic airport by 4.30 PM since my flight left at 6. Now, coming from India, where travel plans are laughed at, I was a bit nervous. I needn’t have been. Thailand is so tourist friendly, its ridiculous. Everything I’d planned went awry mainly because I was suddenly left with so much free time. This was, it turned out, a very bad thing. Mainly because it allowed me to take a nap and get too late to catch the bus to the airport, forcing me to plonk down precious cash for a taxi. Lesson learned.

The night boat itself was another adventure. It was comfortable, but sharing a hold with 150 other people can get claustrophobic super quickly. Luckily someone had a guitar and I had my books, so I wasn’t too inconvenienced. The papaya salad I’d eaten before the journey stayed down, and the sun came up and before I knew it, I was in Koh Tao, Thailand!

Koh Tao is a strange place. By day it’s incredibly relaxed and chill. There’s not much to do apart from diving and there’s a lot of diving to be done. I did the Discover Scuba Diving program from PADI, with my instructor Will – who was excellent, btw, and I recommend him most highly. Although I had five days in Koh Tao, I found that they were going by quite quickly. It’s easy, when you have very little to do except sit around, drink beer and get a tan. Pause for the occasional swim and then rinse / repeat. Just as I found myself acquiring a pattern, though, it was time to leave. Since I didn’t particularly want to repeat the experience with the night boat, I thought I’d go back to Bangkok by bus. Which was comfortable, but 10 hours in a bus is a pain by any standards!

Still, Bangkok managed to make up for all of the trouble it took to get there. I’ll be updating the blog with that post sometime in the next couple of days, so look for it!