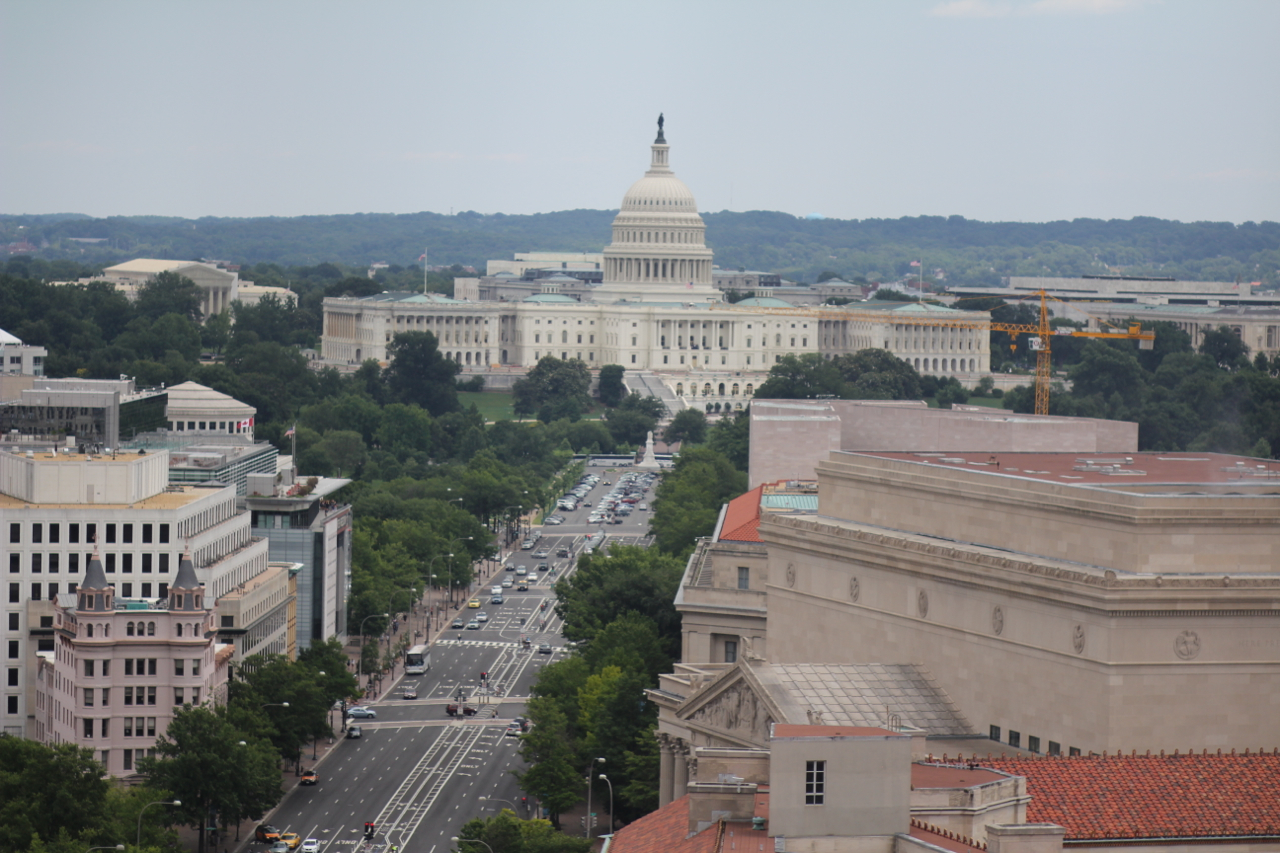 My week in Washington started off quite slow. I stayed in a small suburb of DC called Arlington (yes, the place with the cemetery is close by!) Since I was couchsurfing with a very nice host, he drove me to the metro station every day. After the confusion of the NYC metro system with its frequent track closures and scheduled maintenance and its extremely convoluted number of lines, the DC metro system was very comfortable. They have just five main lines and a few commuter rail links. They’re laid out in a very helpful pattern and finding your way from one place to another is incredibly easy.Â The city itself is also in a grid, so you can’t really get lost.

The city of Washington DC is interesting because it’s a planned capital, so everything is laid out in a very logical way – the monuments and museums are all in one place, there’s an overwhelming sense that the whole city has been built to awe the public and the tourists. There was another traveler staying with the same couch host where I wasstaying. This guy, Michael, was from BrasÃ­lia, the capital of Brazil, which is also a planned capital. Same mood, apparently. I might find out the truth of this for myself, by this time next year! I soon had to move out of Arlington and into Washington DC proper, where I stayed a couple of nights at a family friends’ house. Although I was meeting these people for the first time, they opened their house to me and showed me a great time. I am continually amazed and honoured by people who do this. Even though I have been an active couch host and have met so many strangers, it never ceases to make me wonder at the general goodness of the world.

Anyway on my second and third day I had already seen most of what the museums had to offer. My favourite of course was the National Air and Space Museum, which was by far the most fascinating. I’ve always had an obsession with spaceflight and I’m on a huge science fiction trip at the moment (a trip which has lasted about 5 or 6 years, now) and quite honestly, the 5 hours I spent in this museum were enough to make me go all wobbly at the thought of what mankind has achieved, all in pretty much 100 years, from 1900 to 2000. To see the Wright Flyer, a V2 rocket, Sputnik, the Mercury Capsule, models of the Apollo 11 Moon LanderÂ Eagle,Â the Mars probe and so many other milestones on the way to placing a tiny foothold on the stars in one place, under a single roof, was truly spectacular.

After drying my eyes and composing myself, I went on a whirlwind tour of the natural world, at the National History Museum, where I was gratified to see that many Americans were indeed absorbing a lot of information on evolution and the existence thereof, without foaming at the mouth and becoming religious bigots. In fact, I’ve yet to encounter a single fundamentalist Christian American. I’m sure there are many waiting for me outside the cities, but the people I’ve met, or stood next to in the subway, or passed in the street or interacted with in shops all seem to be level-headed, intelligent, non-judgemental types. Although even they agree that the crazies exist. I shall try and record my first conversation with a fundie if and when I meet them.

Enough digressing now, I have many pictures to show you!

On my last two days in Washington, I decided to see the city by bike. After ponying up the 30$ charge, I was given a nice street hybrid with terrible gears and I set off to see the city. Unlike in New York, this time I was alone and had to navigate the streets by myself. Except for one slightly scary moment crossing an intersection, I was quite comfortable. I didn’t piss off any drivers and managed to avoid getting run over as well. I had my GoPro on my head as well, so managed to get a nice video out of the day as well. Let me know what you think!