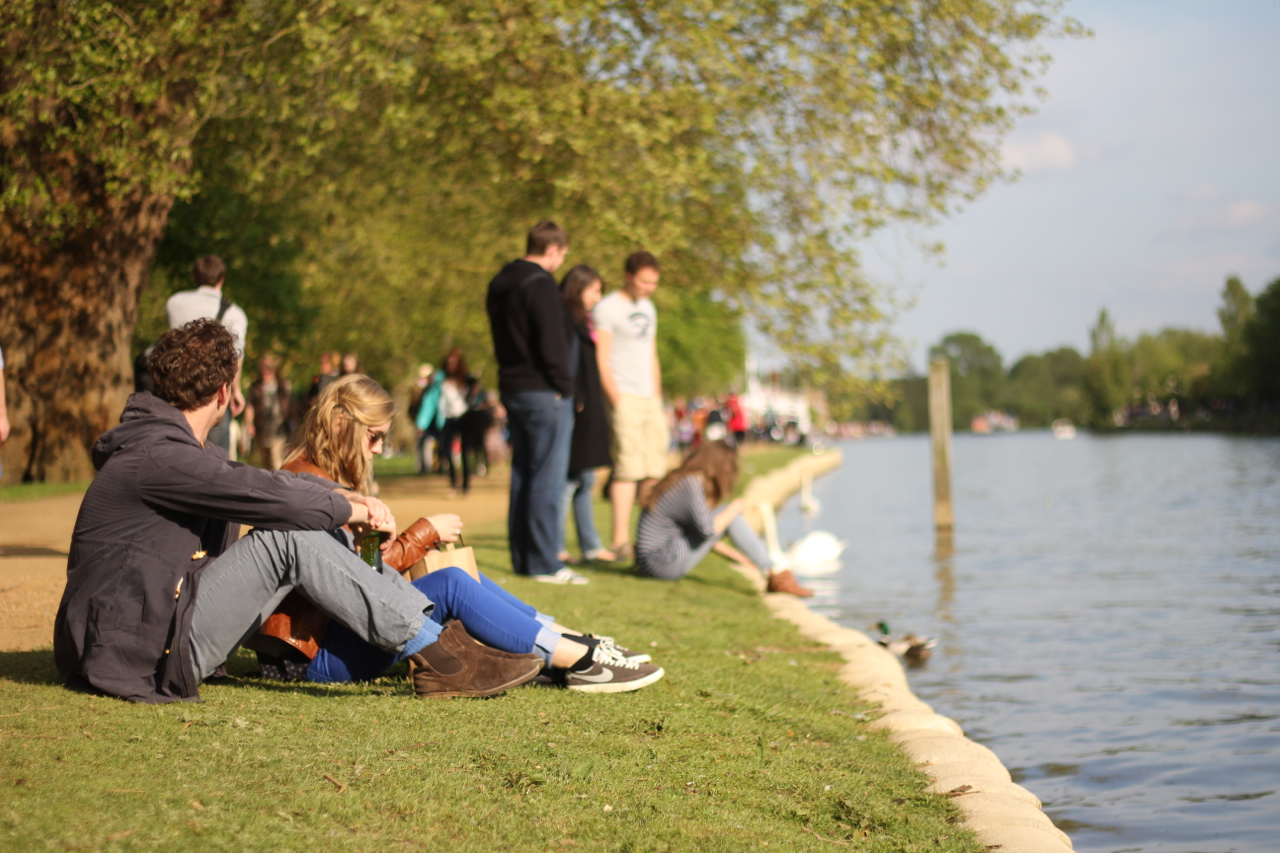 Oxford is a very beautiful town, as anyone who’s been there will testify. It’s full of history that you can touch. From the buildings, some of which date back to when the University was still young, to the stone benches literally carved into the walls along the streets. Those worn and dimpled granite slabs have a unique property of making you realize that half a millennia’s worth of buttocks have probably rested themselves in the place you’re looking at.

Oxford is also full of tourists, especially on a nice spring day, so it’s no surprise that everywhere we went was crowded. While we were lucky enough to get lunch at a relatively empty restaurant (which was still more than half full!) we had no such luck when it came to walking along the Thames. As to going punting, that was completely out of the question, thanks to the steep 1Â£ per minute rate!

Despite the crowds and the price, there’s no way I would have skipped Oxford. The pictures below do no justice to the place and I urge everyone who can make it there to definitely check it out!