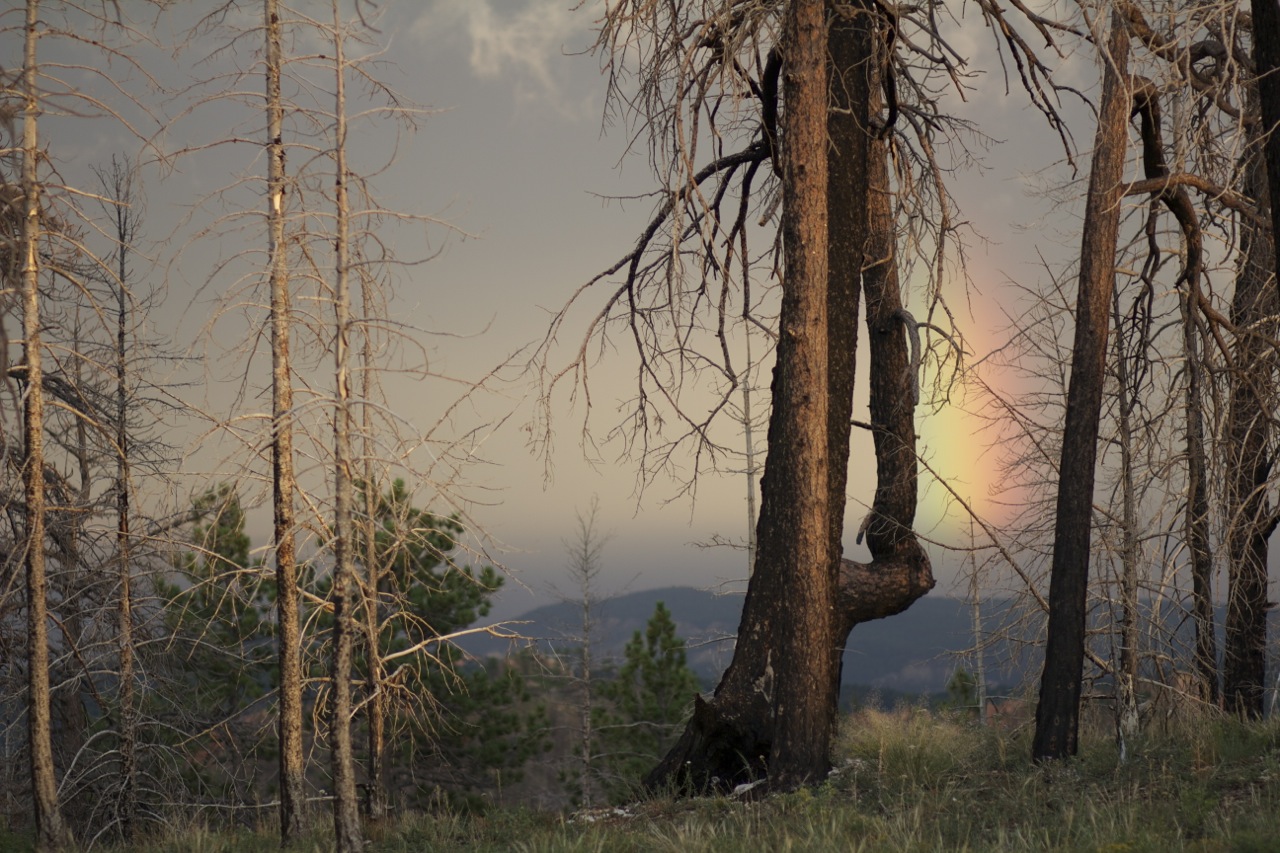 Utah was always going to be the venue for most of my camping in the US. Something about the rocky, rugged mountains and deserts spoke to me, called out to me. My journey to Southern Utah and its many national parks has already been chronicled, but Iâ€™ve missed out on sharing some important highlights.

One of those is Bryce Canyon National Park. By the time we reached Bryce Canyon, weâ€™d already said our goodbyes to Adrien, the couchsurfer who camped with Sam and me in Canyonlands and Moab. He hitchhiked back to Salt Lake City and caught his flight to Yosemite as Sam and I loaded up our car and drove the 80 or 90 miles to Bryce Canyon.

The drive itself was a never-ending series of pleasurable experiences, thanks to the countryside that served up vista after vista. We stopped talking for the most part, preferring to marvel instead at the scenery that surrounded our car. We were alone on the highway for the most part, but occasionally a vehicle would pass by us as we tooled along, doing the speed limit, to the ire of the drivers behind us. We didnâ€™t care. For both Sam and myself, this would be a once-in-a-lifetime trip and we were going to take our damned time about it.

The thing about mountains is thereâ€™s no limit to their impressiveness. From the first time we spied them on the horizon, and all the way up to the foothills, as we wound our way through valleys, following the course of rivers and streams into canyons, we were always impressed with what we saw.

I couldnâ€™t imagine getting used to the sights. The people who live here, while undoubtedly amused at the slack-jawed tourists who often stumble out of their cars and gaze in wonder at the cloud-capped monstrosities around them, must also have their private moments of quiet communion with these gigantic behemoths that tower over the little valley towns and homesteads.

The land in the valleys is fertile enough to allow for grazing cattle and the odd field of some crop or the other, but for the most part, the fields we passed were barren and bleak and we saw many For Sale signs. If I were a billionaire Iâ€™d probably buy a farm here, place the rest of my cash in a fixed deposit and live off the interest. (People wishing to donate to my retirement fund, please email me.)

We drove on, past countless towns, on our journey south. Past Salina, Richfield, the Piute state park and the Piute reservoir, Marysvale. Each town and landmark separated from another by glorious landscapes, bisected in turn by the gleaming tarmac of US Highway 89. The sun and clouds put on a show for us, moving across the land, playing with shadow and shine as though some cosmic director of photography was fine-tuning the lighting settings for a movie scene.

Past the Fishlake national forest and the Fremont Indian State Park we came at last to the Dixie National Forest, where we turned off and entered the final leg of our journey into Bryce Canyon national park.

Known for its exquisite wind-blasted rock formations called â€˜hoodoosâ€™, Bryce canyon is a masterpiece of geological artistry, which has been millennia in the making. Sand and wind and time have come together to shape rock into outlandish and bizarre roughly conical shapes all along a mountainside. Even before we entered the park itself, though, we were treated to majestic views of Red Rock Canyon as we approached the gates.

We camped at Bryce Canyon for 3 nights, taking a day trip to Mt Zion National Park, and an even more intense road trip to the Escalante Grand Staircase National Monument.

Our time at Bryce was a peaceful one, despite the fact that it was easily the most crowded place we were camping in, and that one of the campgrounds had witnessed a mountain lion prowling close a couple of nights before we arrived. Itâ€™s actually quite sad that this was the case, because most such encounters end in the lion being tracked and killed, even if it has not harmed a human. The rationale behind it is to prevent the animals from learning about living off a human presence, but itâ€™s still heartbreaking to think of.

Thanks to a sprained knee, I couldnâ€™t do too much hiking, but Sam went off and did a couple of trails while I took pictures. We saw a beautiful sunset and some pronghorn antelope, one day. We saw a rainbow after a thunderstorm. We made some of the best food Iâ€™ve ever eaten on a rudimentary campfire every night. (I even did a guest post about it on my friend Shrimoyeeâ€™s food blog.) If youâ€™re at all a nature person, Iâ€™d heartily recommend going to Bryce Canyon and getting in touch with some unspoiled nature before it gets too late.

One of the enduring memories I will take with me from Bryce Canyon is being woken up at night by a massive thunderstorm. The lightning was so close, it seemed the accompanying thunderclaps would shake my tent. There wasnâ€™t too much rain but the flashes of lightning went off every second minute, it seemed. There was real danger too â€“ the park is almost two miles up and we were the tallest structure around for miles. A tree could very easily have been hit.

The combination of danger, the sound and the light was exhilarating and I enjoyed every second of it, perverse as that sounds. The next day I met a park ranger who told me that I wasnâ€™t the only one staying up and waiting to be annihilated by Zeus. Some comfort! Still, thatâ€™s how it is with life on the road.Â You just have to lie back and see what happens. One day that lightning bolt may strike and thatâ€™s that. The important thing is to make everything up to that point count as much as you can.

Here are some pictures from Bryce Canyon that I enjoyed shooting a lot!