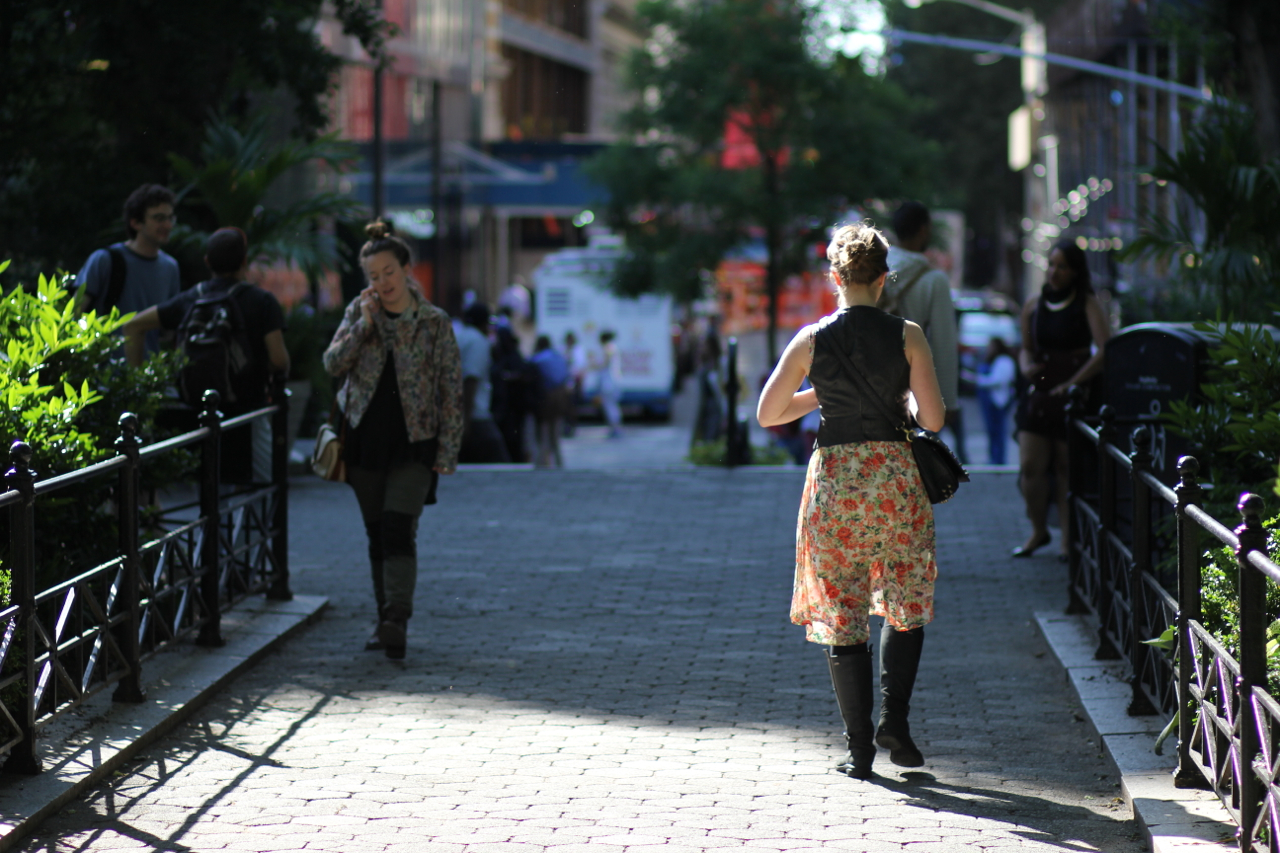 Whatever I write about New York has undoubtedly been written before. Every experience you have here is one that has been had by someone else. There is very little that you can do which is unique. However, everything you do get up to while in the city is also an intense and moving experience, so you can’t help sharing it with others as well. More often than not, conversations in New York always end up as a game of bizarre one-upmanship, where the winner is whoever has done the latest cool thing before the other. Extra points if it’s so cool the other person hasn’t heard of it yet.

You can choose to not play the game, though, and try to experience New york in a slightly different way. Not grasping, by reaching for experiences in order to share them with others, but in a more, well, studied way. There is an infinity of things to discover about the city. For example, did you know that it was the New York Subway system that adopted the helvetica font way back in the 50s and thereby increased its popularity by many orders of magnitude? (The subject of the font itself is extremely fascinating, and even spawned a documentary called helvetica.) in many ways this is a metaphor for my time in New York. I could have chosen to be a typical tourist, rushing to take in as many sights as possible, but I chose differently. I chose instead to be the person who walks along the city, breathing it in. Who sees the history behind subway signage.

This doesn’t mean I eschewed touristy things altogether. Far from it. I went to Central Park. I listened to a man play the bagpipes all day long sitting on a rock. I sat at the Sheep’s Meadow and read a book. I took a bike ride along the Hudson, from 47th street all the way up to the George Washington bridge, where I saw the little red lighthouse. I even went to an art and music festival on Governor’s Island, called Figment. Here’s a quick video showing you what went on there…

I suppose it was inevitable that I would also start becoming partial to areas of the city and to themes that I was most moved by. It wasn’t the bright lights and the crowds of Manhattan (this is perhaps less of a surprise to people who know me) but the quiet streets of Bushwick, painted over and inscribed by the genius of the street artists who live in this gentrified neighbourhood that really got to me.

I’m going to do a proper post about Bushwick later, so I won’t go into too much detail. I’m just going to link a few of the pictures I took there, as well, saving the best for later!

There are still many things about New York I have to experience, most of them out of reach of my backpacker’s budget. I haven’t been to a Broadway show here, or gone shopping. the legendary New York food has made a dent in my wallet, but one that I’m happy to live with.

I’ve had misadventures, too. I lost $30 on a MetroCard because I bent it – something no-one ever warns you against. I walked 6 blocks the wrong way with a 30-lb backpack, a day pack and a camera case. I overspent at the laundromat because I didn’t properly weigh my clothes. It’s the stupidest feeling in the world, seeing your measly 10 pieces of laundry spinning about in a huge oversize washer that cost you triple what the tiny one would have. Still, I have to say that the good has certainly overpowered the bad in a significant majority.

I wouldn’t have had most of these experiences without the help and encouragement of the people who’ve hosted me, either. So a very special Couchsurfing thank you to them as well!

I’m going to go off and have dinner. In the meantime, enjoy these pictures from Manhattan and Bushwick!