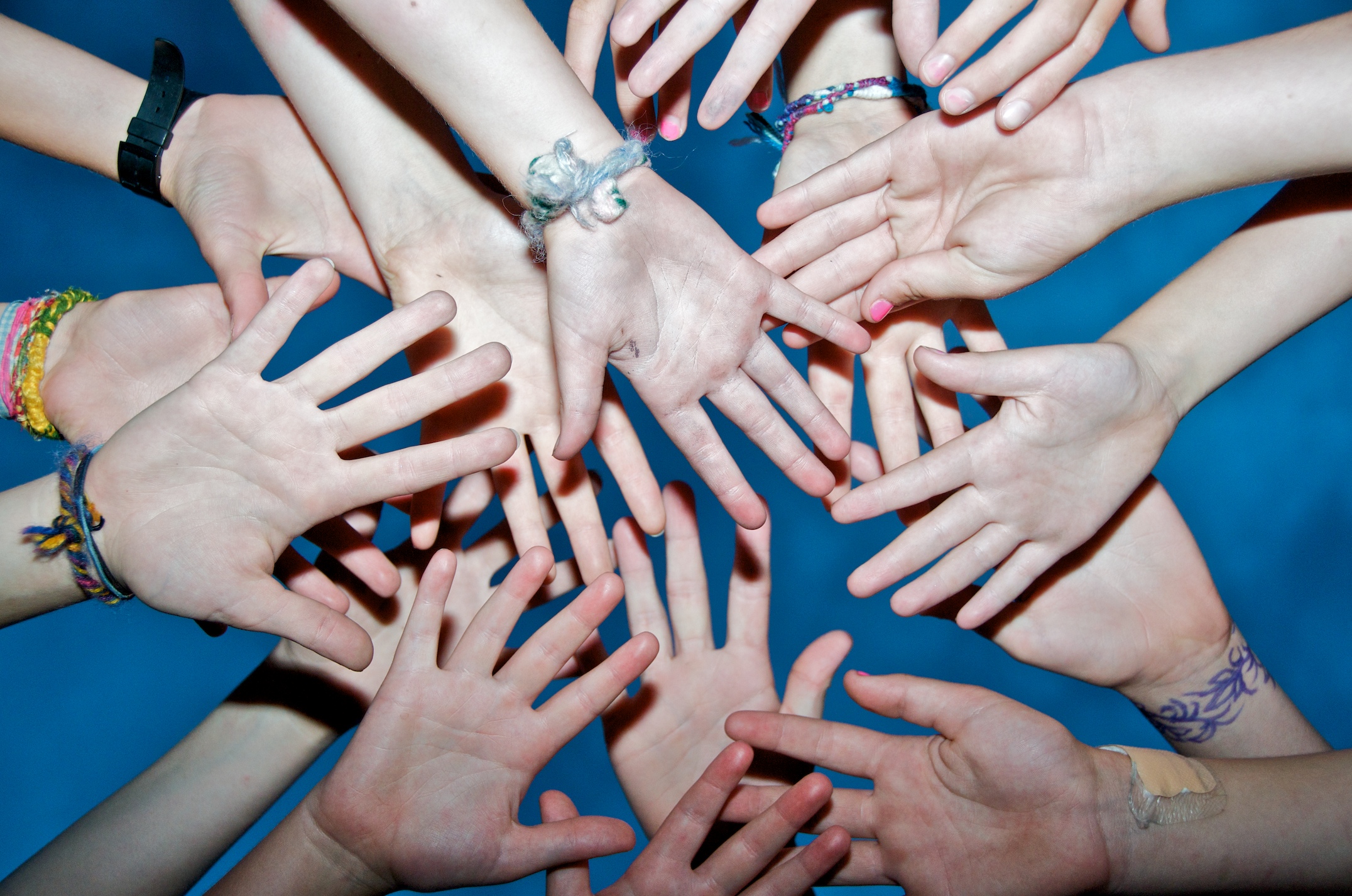 ï¿¼I love it when movies start with this line. Mainly because it almost always guarantees lots of action, but also because it invariably gets me thinking about what the not so distant future actually looks like. The art of predicting the future is 1/3rd imagination and 2/3rds extrapolation. Thereâ€™s very little chance that basic human behavior will ever change. If basic human behavior doesnâ€™t really change, then thereâ€™s very little chance that anything built on or derived from that behavior will change.

So lovers will fall in love, people will meet for coffee, politicians will lie, clowns will terrorize little children and the police will be cynical and somewhat corrupt. What will probably change and change in a more or less efficient direction, is the method by which all these behaviors are made apparent and the platforms on which they exist.Â One of my current favorite authors is Alastair Reynolds. Heâ€™s written a number of books with grand, space-operatic themes, but a constant thread running through them, is an exploration of how we as a species might begin to communicate with each other in the future.

Take an existing technology today, for example: micro-blogging. If youâ€™ve ever used Twitter, Facebookâ€™s status update tool, Orkutâ€™s notification tool, or any of a hundred other similar services, congratulations: youâ€™re a micro-blogger. While you bask in your new-found glory for a minute, think about what micro-blogging actually is. Itâ€™s a small, filler piece of information, most often related very closely to an activity or thought youâ€™re having right now.

These two themes – small, precise information; and the concept of that information relating closely to a specific moment in time – are very powerful. Well, they could be powerful. A blogger at Wired Magazine (donâ€™t remember his name and canâ€™t be arsed to Google him) wrote a piece a few years ago about how micro-blogging (for him) soon came to be much like proprioception – the ability of the brain to realize where oneâ€™s limbs are in space, even when one cannot see them. His article was about how, after a while, with all his friends micro-blogging, he could develop a sense for what their days were like. He soon became attuned to their moods, their caprices, their daily schedules. It wasnâ€™t so much that he could read their minds, itâ€™s just that he became more aware of their subconscious patterns and he had a better â€˜feelâ€™ for them. So, just as we â€˜knowâ€™ where our hands our when we put our hands behind our backs and can no longer see them, he â€˜knewâ€™ what his friends were up to or were likely to be up to even when they did not update him via Twitter or whatever.

Now, hereâ€™s where it becomes exciting. Twitter is by itself, vastly imperfect. You have to type out, in English, 140 characters including spaces. These are then sent to any friends (or strangers) who might be following your updates. If you inspect the bottlenecks in that string of events, youâ€™ll soon begin to see that the first bottleneck is you: you need to actively sit down and type something. Next: Youâ€™re given only 140 characters. This is not so bad, if each character could perhaps stand for some complex thought or was in fact a meta-character, describing something infinitely more complex. But our next bottleneck puts paid to that thought: it must be in English. Which is a horrible language to express something succinctly – just look at the length of this post!

Now imagine that in the future, those bottlenecks are gone. What sort of a world is this? Hereâ€™s a glimpse: You wake up in the morning. As you rise, complex data-streams cascade off you, letting the world know that youâ€™re awake, and mobile. Your mood, every particle of dead skin, that puffy, cotton-in-the-mouth feeling, the tousled hair, every measurable variable about the entity known as â€˜youâ€™ is instantly communicated into the ether. Anyone could pick up on it, now or in a couple of hours, perhaps, by â€˜playing backâ€™ your updates from the morning.

Simultaneously, you begin to receive updates from other people, their thoughts, their moods, their states of being. If youâ€™re feeling insular, you draw in the physical radius of the updates, locking yourself away to a precious few people. If today is an expansive day, you radiate your updates far and wide, perhaps across the globe even.
Imagine a collective experience today – watching a film in a theatre. We love it when the whole audience laughs at a joke, because weâ€™re laughing too – although those people are strangers, through this shared collective experience, weâ€™re bonded. How many lovers have met for the first time after a shared collective experience such as going to a theatre or attending a concert? It seems almost common knowledge, some unwritten axiom of human behavior, that we feel stronger about one another, when we have shared something in common. Now imagine a theatre where every thought, every mood, is shared amongst the audience even as they watch the drama onscreen. It seems scary, but thatâ€™s just your primitive brain unable to process the thought of so much information passing back and forth between people.

Donâ€™t be afraid, or surprised. After all, in the 50s, could anyone predict that in just 40 years, the internet would exist? Imagine the surprise of a man from the 50s dropped into the information age. We already send so many updates, little, bite-sized pieces of information, via texts, IMs, Twitter updates, Facebook updates, wall posts, email and, yes, the good old telephone and voicemail, that thereâ€™s a good chance someone completely unprepared for the onslaught might well go nuts. After all, there are days when incessant updates really tick me off and Iâ€™m hardly what youâ€™d call a regular Twittererererer (knowing how to spell a word is also about knowing when to stop spellingâ€¦)

After a certain point, itâ€™s just about bandwidth. We have those bottlenecks in place today. In the future, theyâ€™ll be less in place. Soon, theyâ€™ll disappear. We already have Google Latitude, which shows off your location to your friends automatically. Youâ€™re no longer a bottleneck there – itâ€™s always on, always showing your location. Maybe weâ€™ll have â€˜consciousness state monitorsâ€™ soon, which tell our friends when weâ€™re awake and asleep – just binary, to begin with – after all, we donâ€™t want them to call when weâ€™re asleep, right? The next step might be some basic tools to express emotions into the net without us having to type in smileys or frownies or winkeys. Maybe theyâ€™ll be just that – 2-character emoticons, the only difference being the fact that theyâ€™re automatically generated.

Over time, though, I predict that the number of such sensors and the volume of information shared between them will both rise. And the interval between updates will fall. And we will reach a point when there will be no interval. And there will be no need for us to voluntarily share anything, it will be shared by default. Call it the next step in societyâ€™s evolution.

I, for one, canâ€™t wait. I know there must be people out there who must be terrified at the concept of an always-on link with someone else. â€œWhat about privacy?â€ â€œSurely we must have some things left to ourselves?â€ To these people, I merely claim what I claimed at the beginning of this (by now rather lengthy) post. Basic human behavior will not change. We will still have our moments of privacy. Facebook has its privacy settings, so will we. But what I suspect youâ€™ll find, as you find even today, on most social networks, the ones who are most open with their profiles, have the most friends, are the most fun, and, ultimately, in terms of being influencers and spreaders of information, are the most powerful.