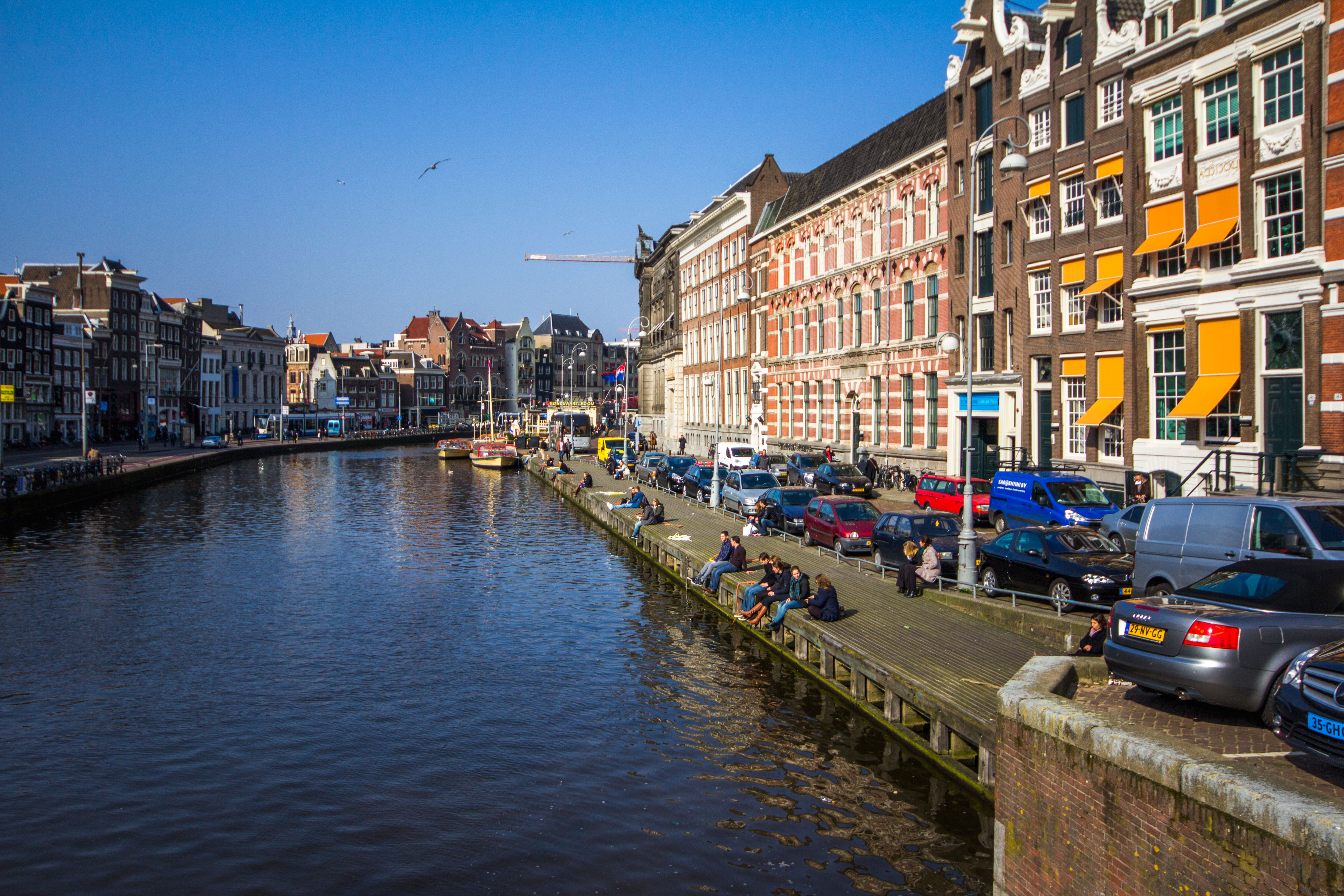 Port towns are the most fun towns to visit as a tourist, since they’ve pretty much been designed from the ground up to be entertainment centers for visiting seamen. Since Amsterdam has basically been linked to the sea since it grew out of a fishing village in the 12th century, it’s an incredibly fun town, indeed.

Although I was only in town for about ten days, I was able to pack an incredible amount of sightseeing into the trip, not to mention going on a culinary safari. And the beer. Good lord, the Amsterdam beer was Epic. Before I begin to was lyrical about the good times to be had, though, a little education:

Amsterdam is the capital of The Netherlands and is actually a rather tiny city – you can walk it quite easily, although it can be a pain to do so in the usually freezing rain that tends to put a damper on most days. Luckily, my own experience of Amsterdam was rather sunny, a fact which I am wholeheartedly glad for, despite the fact that I plonked down the princely sum of Rs 300 for a secondhand winter jacket at CST station. The city radiates outward from Amsterdam Centraal station, and a network of canals (or ‘gracht‘) separates the streets (or ‘straat‘). A map is super helpful here:

While there are a lot of people who live in the areas outside the canals and, indeed, this isn’t all of Amsterdam, the city centre is where all the action takes place, and I didn’t stray from there at all.

Most of the nightlife in Amsterdam is situated in the red light district which is in ‘de Wallen‘ or the quays area, the oldest part of Amsterdam. The famous red windows are to be found in every alleyway off the main streets, and I can imagine how it must have been rather… educational for the young men who came fresh off the boats, their pockets jingling with coins. It’s also amusing to see that at the very center of the red light district stands a church, Amsterdam’s oldest building, as a matter of fact, called the Oude Kerk, or Old Church. One can picture rather easily how the sailors would have first fanned out into the bars, then the brothels and finally, overcome with repentance (and perhaps worried slightly about divine punishment in the form of the clap) stumbling into church to beg for forgiveness. Ah, the circle of sin.

Apart from the red light district, the highlights of Amsterdam are the ‘coffee’ shops, where you can buy high-priced (but legal!) marijuana, which is apparently the highest quality available, as well as a number of concoctions known as ‘space cakes’. I couldn’t tell you how they react with me because I didn’t try any, but judging from the reactions of the other patrons, they were incredibly potent.

Amsterdam is also a center for art and culture. Their museums are amazing and I spent the better part of two entire days exploring the Van Gogh museum, Rembrandt’s house and theÂ Rijksmuseum. Between the three of them, I have come to have a new appreciation for art. Some of the things that these old painters could do with colour and light make you feel as though some deal was struck on a convenient crossroad, at midnight.

When your mind is being blown by art, your stomach is busy processing the food that you’ve been eating.Â My breakfasts were usually very French – coffee and a croissant (or three), with some delicious butter that was probably not homemade, but tasted very homemade indeed. Amsterdam streetfood is all about seafood – especially raw herring, served with onions and pickles. Sounds gross, but is actually one of the tastiest (and fulfilling) things you can put into your mouth. Over the course of my time in Amsterdam, I tried cheeses, Korean BBQ, authentic Chinese food, Indonesian-Dutch fusion and, of course, FEBO. I’m not sure if that’s an acronym or just a name – but FEBO stands for some of the best post-drinking food I’ve ever tasted.

It’s cheap as chips (in fact, it is chips, to some extent) but the really cool thing is the way the food is served – it’s laid out like one of those ‘World of the Future’ illustrations where you have a bank of glass windows with coin slots next to them – you insert coins and the window swings up so you can take out your food – which is then replaced immediately for the next customer!

And it’s a great thing that there is so much post-drinking food, because there is so much drinking to do in Amsterdam! There are large breweries and small breweries, and medium breweries, all sitting cheek by jowl in this tiny city and while I haven’t had the chance to sample all their wares, I am glad that I as able to make a slightly significant dent and my belly is testament to that fact.

Despite the copious amounts of alcohol I imbibed, I was able to take some pictures that I’m rather happy with. Let me know what you guys think? 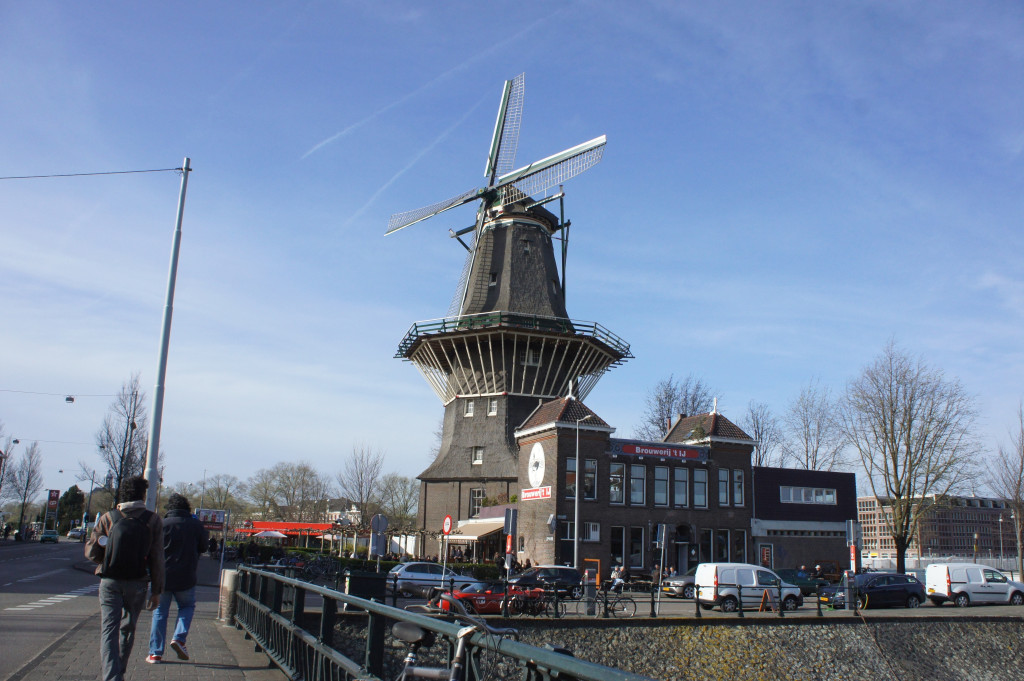 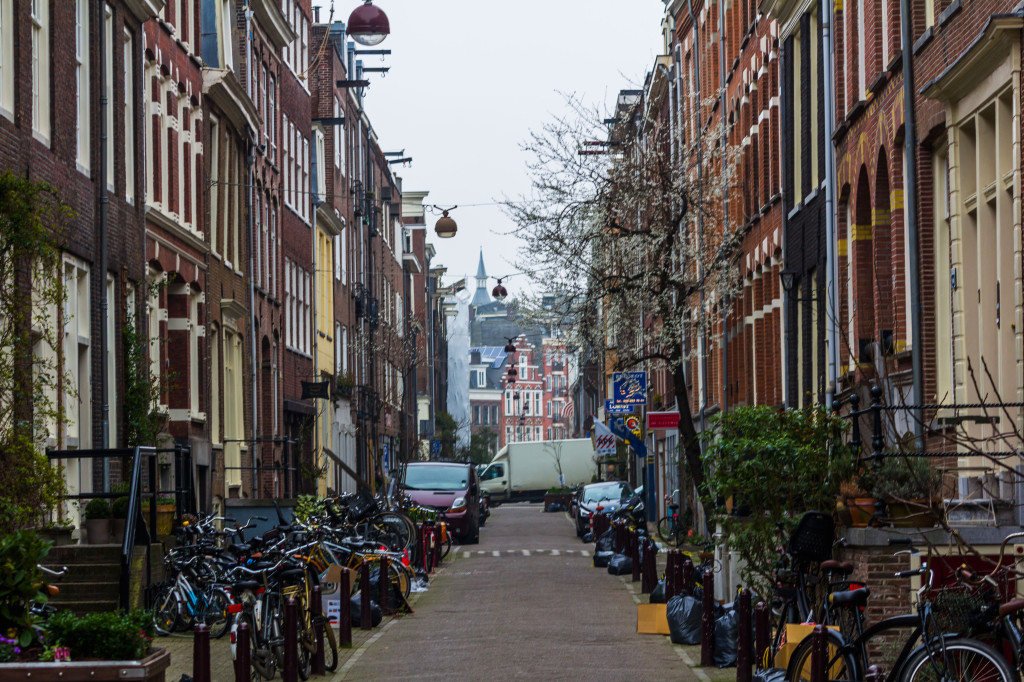 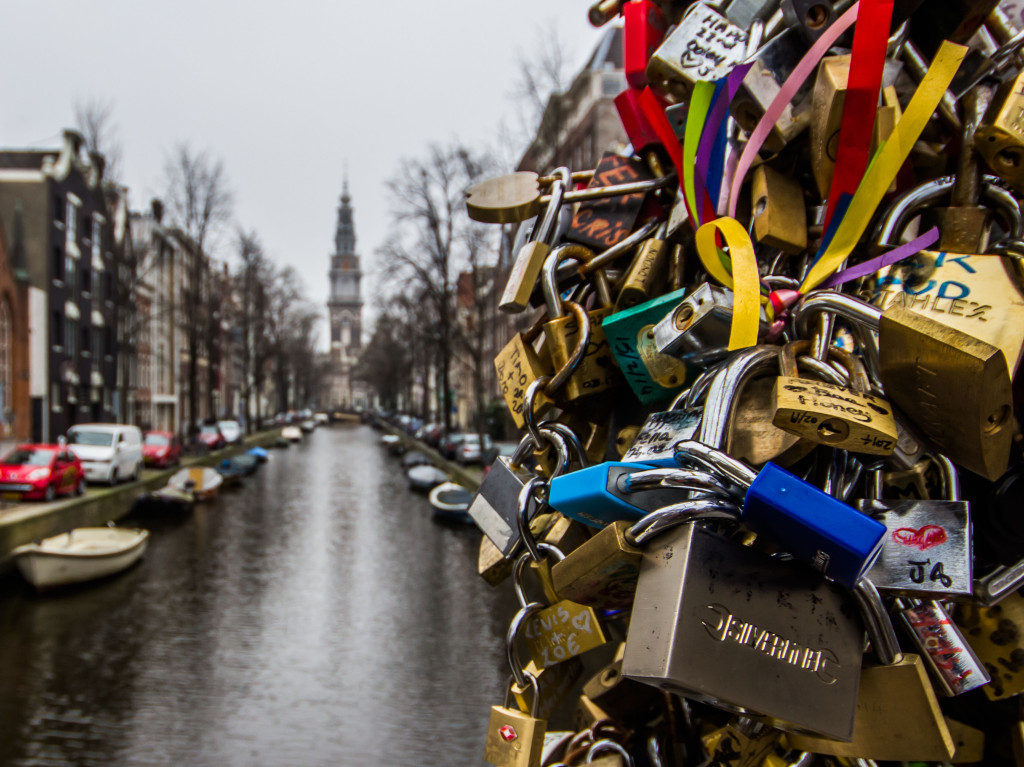 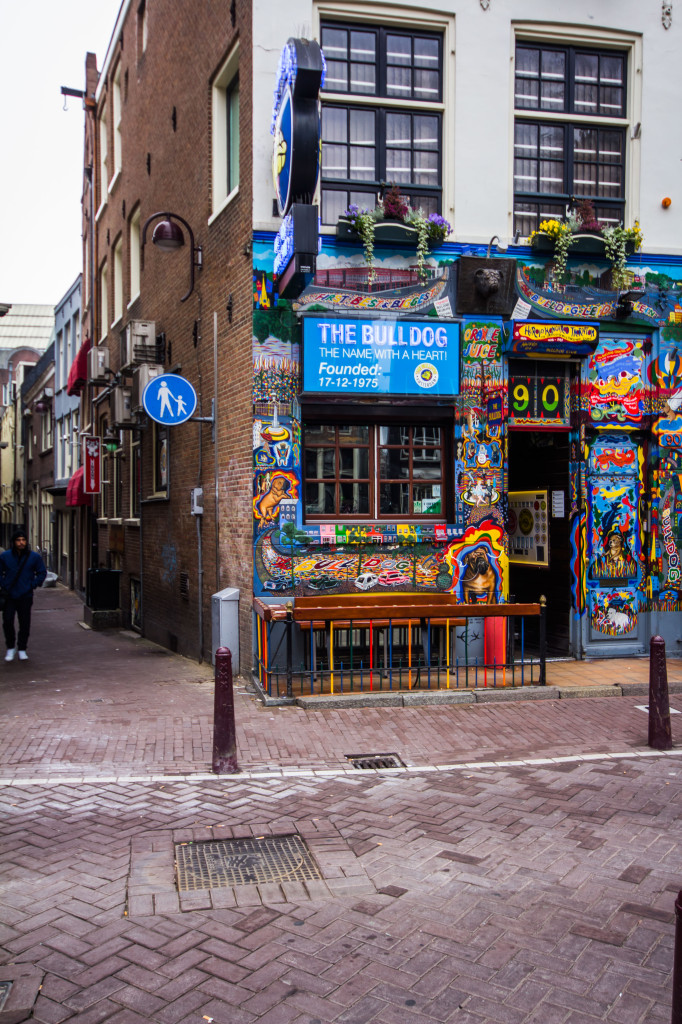 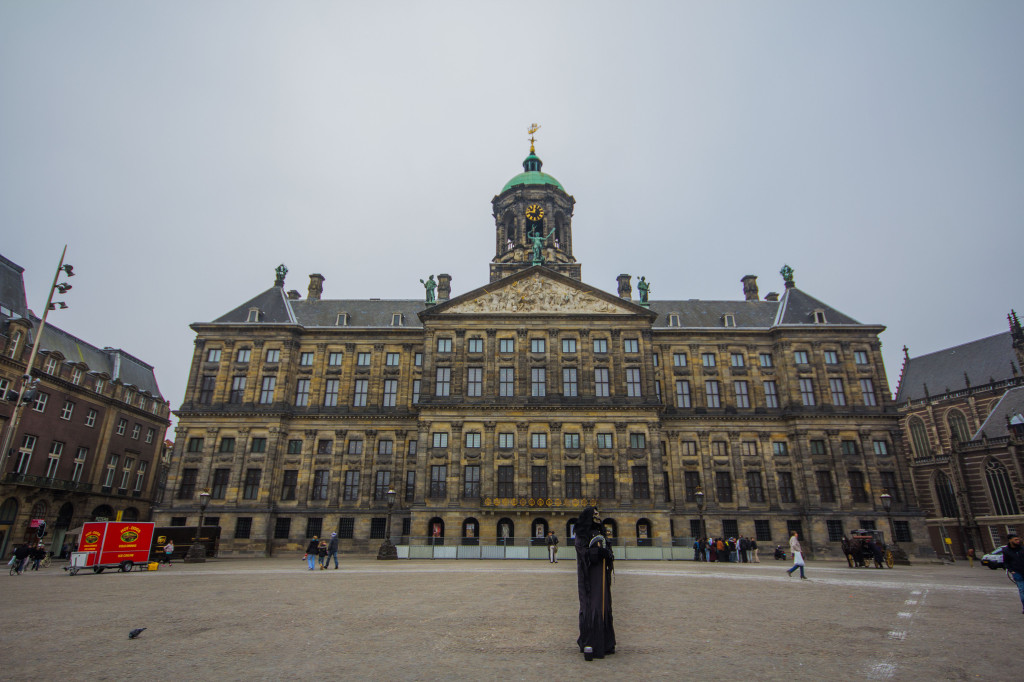 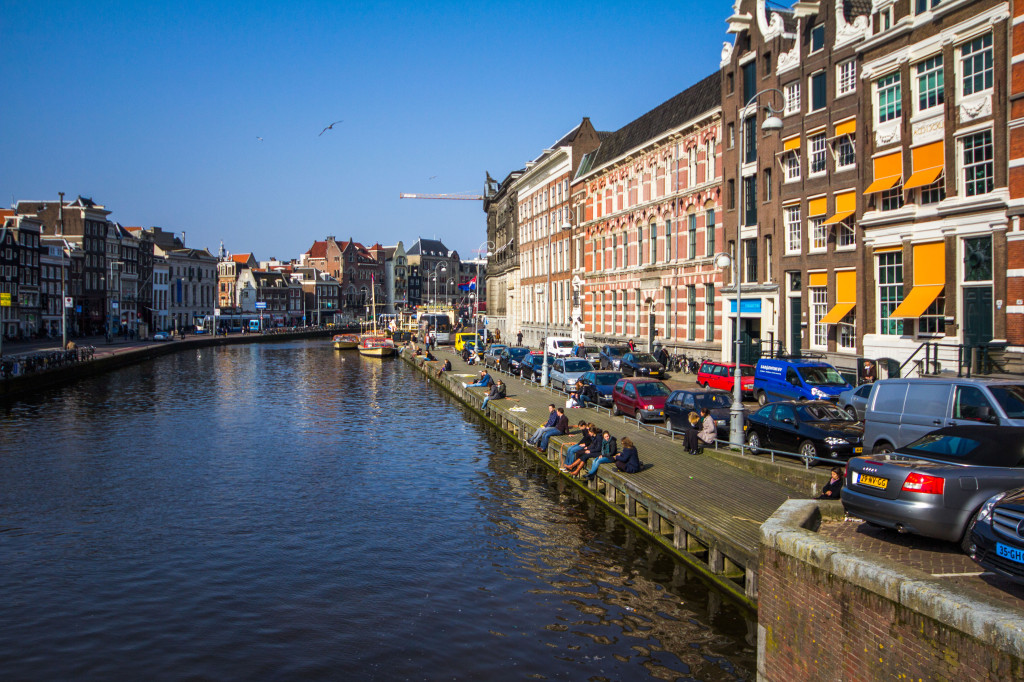