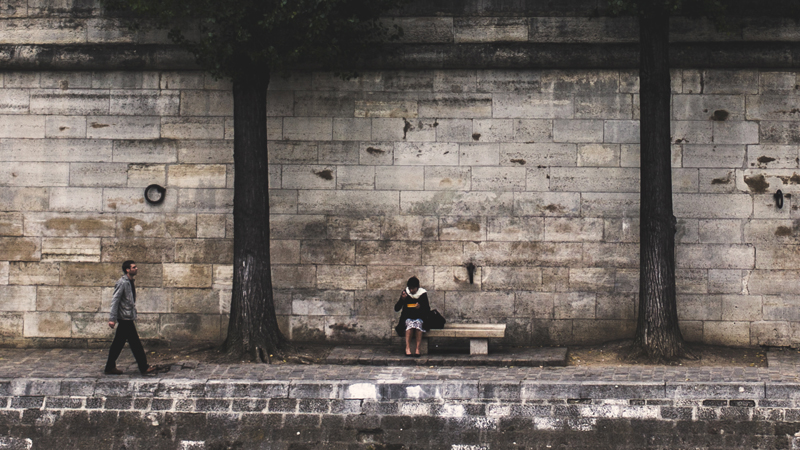 I wish I could say that I had a wonderful time in Paris. The reality is that myÂ Paris experience, far from being musical-worthy, is best summed up by the word, “OK” – which is not even a whole word, really. The thing about Paris is that there’s now a strict social convention that one must have a great time when there and while doing the same things that everyone else is doing. That’sÂ clearly impossible, but it doesn’t stop millions of people from trying. I decided not to be that guy and do those things, butÂ you still can’t ignore the millions of tourists attempting theÂ insane.

At the Eiffel Tower, for example, the ground was so thick with people posing with their fingers in the air ‘holding’ the tower that IÂ had to stop and wait for some of them to leave before taking my own picture. Sans self, because I have self respect. Walking around ParisÂ was actually great because no matter how many tourists exist in the city, they can’t alter reality enough to spoilt the architecture. It was a cold, blustery day and most sensible Parisians were in warm cafes or otherwise indoors, but I was roaming around with my camera.

I walked past the Seine, Notre Dame, and walked up Monmartre, to Sacre Coeur. I had a glass of wine at a small restaurant that had the fewest tourists (still had too many). I saw buskers and street performers and I ate a croissant. I saw an abandoned house that had apparently been colonized by graffiti artists and I saw two phone booths that had been taken over by homeless people. They had furniture and everything, just made out of cardboard and fitted into a phone booth.

Paris was also where I realised that I’d developed an allergy to mussels. A dish of moules marnieres later, IÂ had a tingling on my lips and within a few minutes my throat was constricting. Luckily, I had an antihistamine and was able to stave off anaphylactic shock. (OK fine, I probably wouldn’t have gone into shock but still.) Thus, Paris marks yet another milestone for me. My first food allergy. Oh well, at least I got a few good snaps! 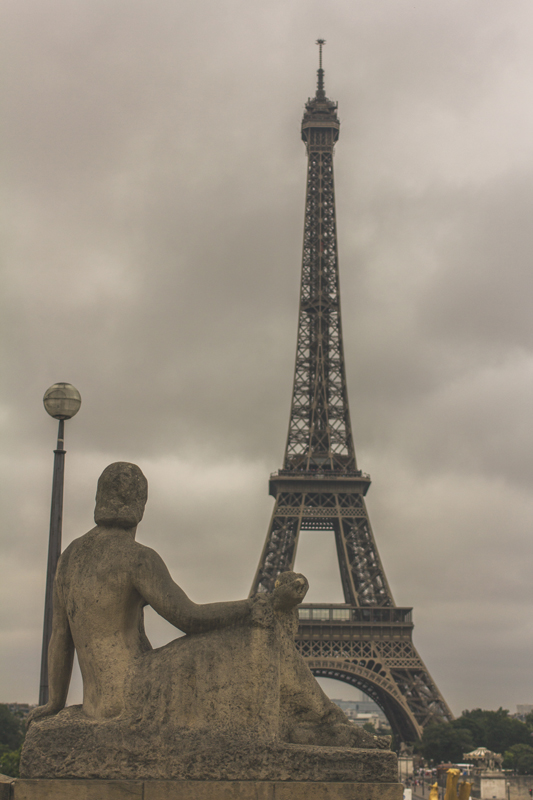 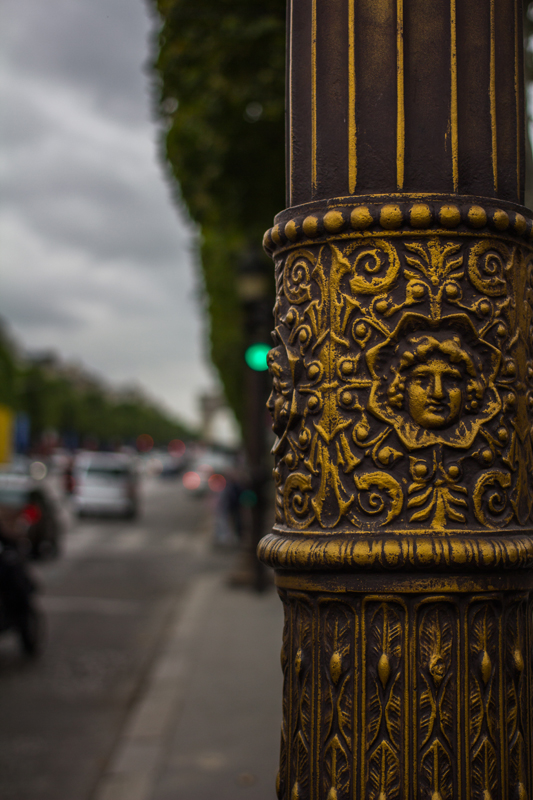 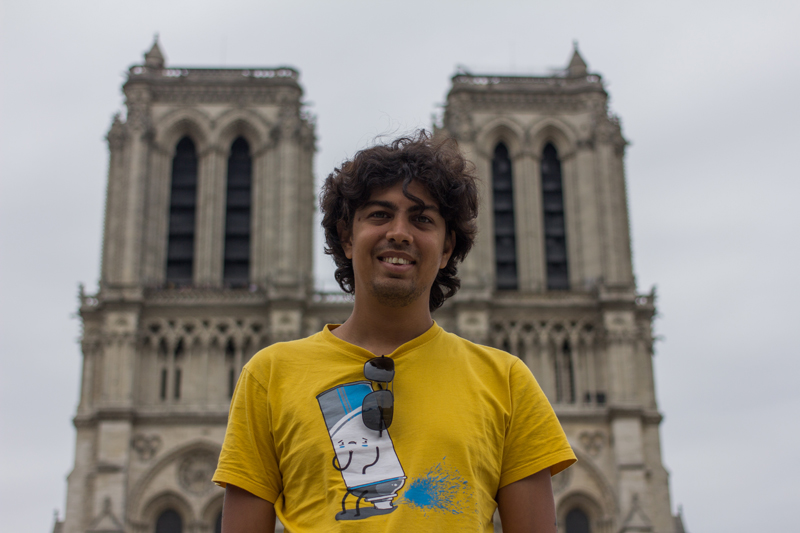 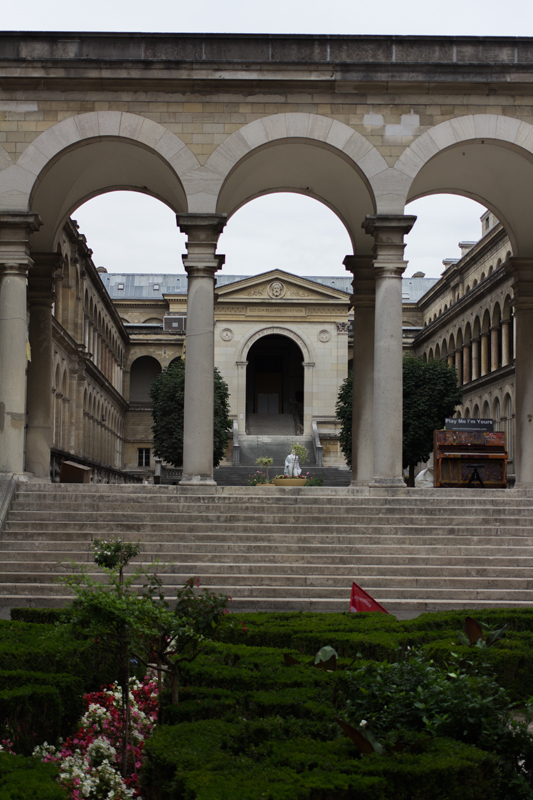 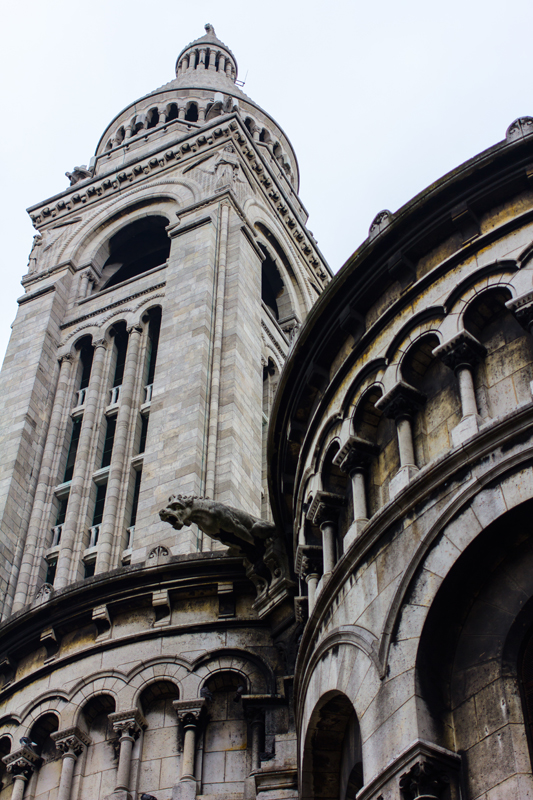