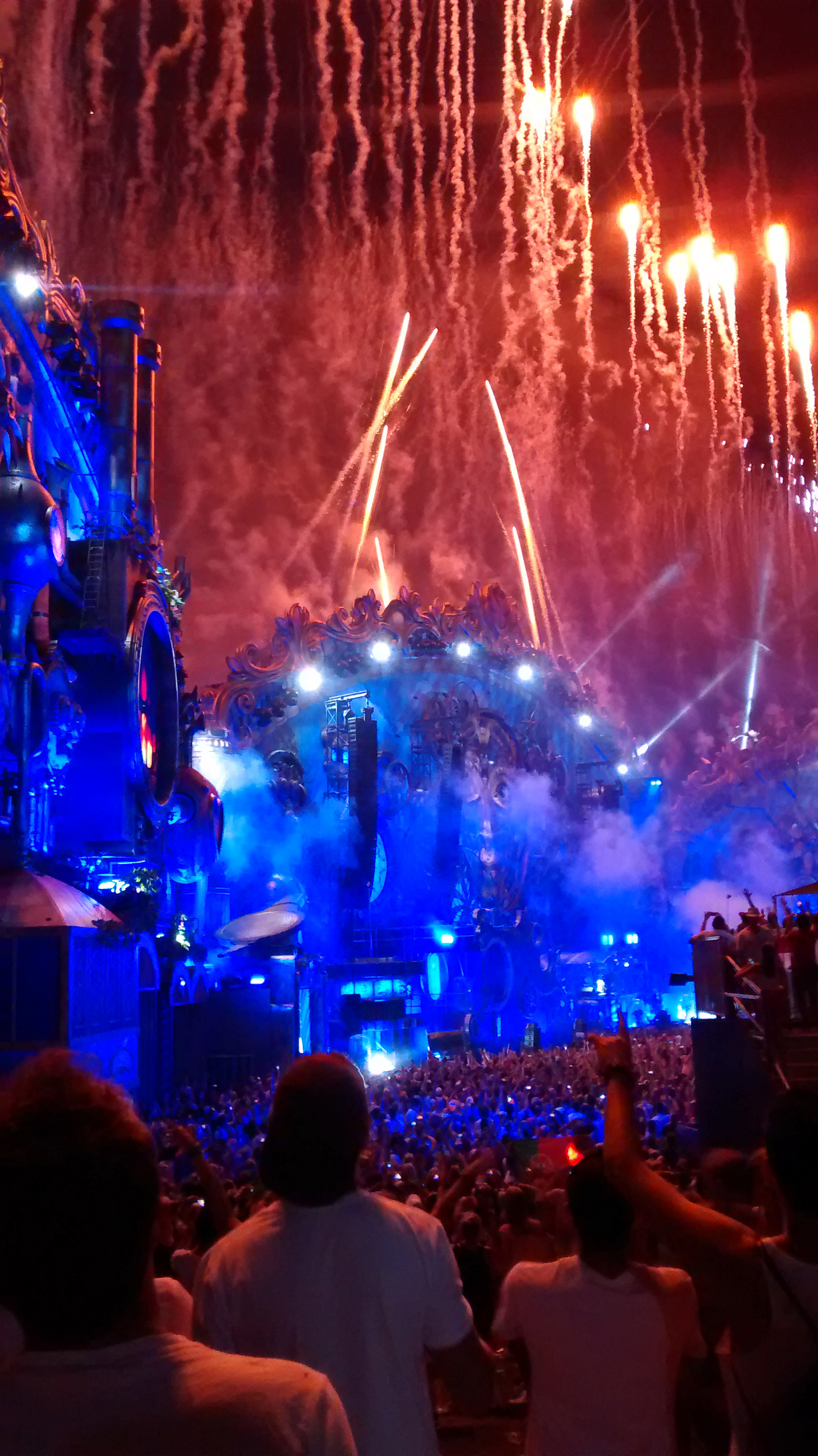 I was at Tomorrowland. I need to stop and process every now and then, this momentous statement. I was part of the huge, rolling sea of people that jumped, danced and moved to every beat that the 100+ DJs could come up with. I was at the festival that Iâ€™ve wanted to go to since 2011, when I saw the after fest video on Youtube and thought to myself, â€œNo way. No way am I ever going to be there.â€ And yet, there I was. At Tomorrowland.

I was camping, unlike certain other friends who joined me in Belgium for this trip â€“ to avoid their shame they shall remain nameless. But camping at Tomorrowland was the best decision ever. Not only was I close to all the action, I had the luxury of being able to walk back to sleep each night, ears ringing with the musical aftermath and I also had access to the Dreamville Supermarket which had steaks for sale that could be grilled on public BBQ pits scattered across the ground. I ate so much beef in three days, itâ€™s a wonder I didnâ€™t moo for weeks after.

Staying at Dreamville is a sort of extended sleepover. You make friends, temporary enemies (like the guy who couldnâ€™t put up his tent properly and chose to leave guy ropes blocking my tent entrance) and learn to share a space. Not to mention toilet facilities. And alcohol.

The actual music at Tomorrowland only makes up about 30% of the experience. Itâ€™s the soundtrack to your life while youâ€™re there â€“ and make no mistake, itâ€™s a great soundtrack â€“ thereâ€™s nothing like the right kind of electronic music to make you feel happy and ultimately, thatâ€™s what Tomorrowland is â€“ itâ€™s happiness in a can, the kind that you have to pay big bucks for, but because of that high cost, its also high quality. All the little details are taken care of. The sets are elaborate, there are mist machines on the bridges, the costumes of the people who work the vending stalls are perfect. Tomorrowland has decided to own the space of happiness and theyâ€™ve succeeded perfectly.

Itâ€™s a good thing that Tomorrowland is just 3 days long, too â€“ itâ€™s such a fast-paced experience that it canâ€™t be sustained for long. In fact, the first day is a such full-power extravaganze that the next two days themselves pale in comparison. Only the finale of the festival, on day 3 is as hard-charging. But that can be a good thing, too. After all, you only have so much energy to expend on lifting people on your shoulders, dancing and being happy! 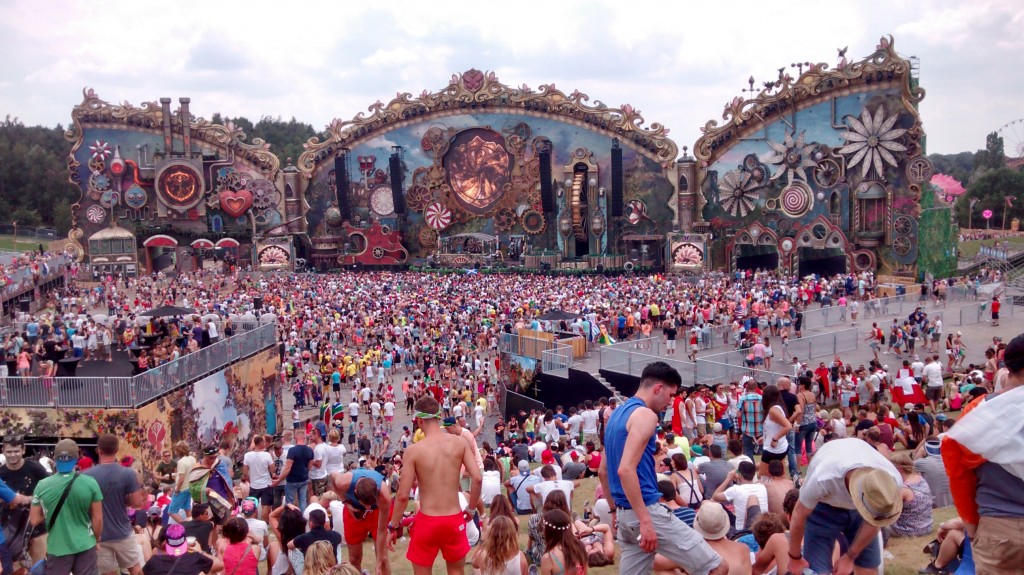 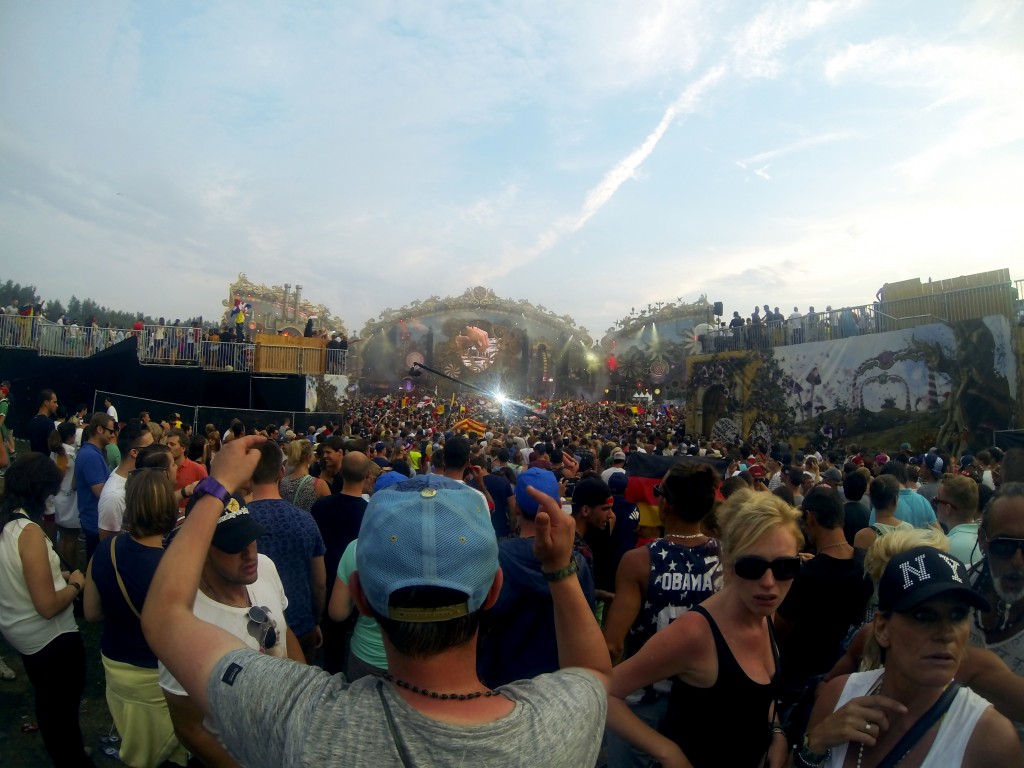