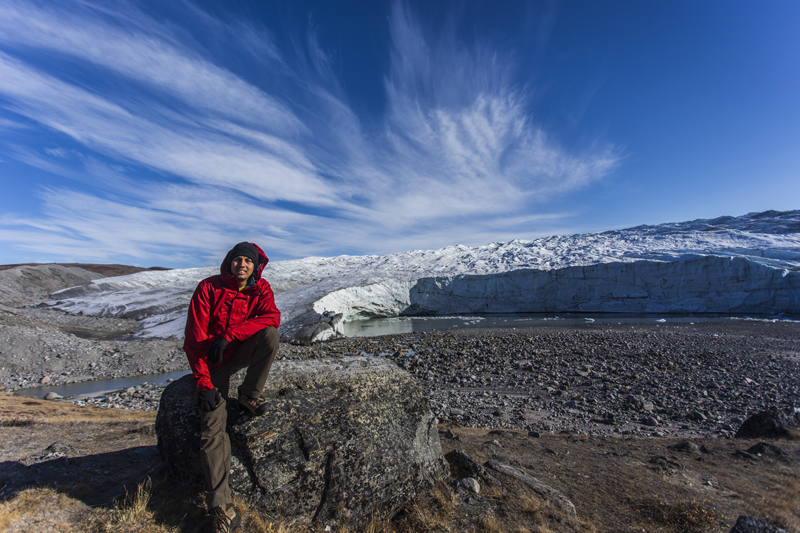 Kangerlussuaq, Greenland is the sort of place that takes no prisoners. The day I landed, the town authorities called off the search for a crashed plane whose pilot presumably got lost in the Arctic wilderness and couldnâ€™t find his way back to the airport. The danger thatâ€™s inherent in a place like this is just becoming real to me. And yet, about 500 people live here. Itâ€™s one of the last few places in the world like it and Iâ€™m here to visit for a week.

Kangerlussuaq is where I imagine some characterÂ from aÂ Jack London book would feel completely at home. Itâ€™s well within the Arctic Circle and, as Greenlandâ€™s only airport capable of servicing a large jetliner, itâ€™s the hub for Air Greenland. Iâ€™m flying in from Copenhagen, on the weekly flight. I can see the marked difference between Kangerlussuaq and other airports right away. For example, everyone getting off the plane seems to know the airport staff, the ground handlers and even the security personnel. Thereâ€™s a lot of hugging and welcoming back going on. This is definitely new.

It does of course make perfect sense when you think about the fact that Greenland itself has only 55,000 inhabitants, and since the only way on and off the island is by aircraft, of course everyone would cycle through Kangerlussuaq. Itâ€™s only natural that theyâ€™re familiar with the locals. It still leaves me feeling very much the gawking outsider.Â Iâ€™m picked up by my host for the week, Philippe â€“ as we make our way to his pickup truck, he shows me the highlights. Kangerlussuaq is designed like those towns you see in Westerns: A post office-cum-bank. A supermarket. A bar. One lone restaurant. A single main street. A church (that serves every religionâ€™s needs.) The biggest construction project recently has been the installation of a new row of streetlights on that single street. We decide to drive up a small hill overlooking the town, to get a better view. From a vantage point, you can also see the parts of Kangerlussuaq that have been reclaimed by nature. There are entire hangars, buildings and sheds that have been abandoned, some since the town was formed post WW2, as a military airbase for the USAF.

Kangerlussuaq is utterly dependent on two liquids for its existence. The firstÂ is water, which has to be piped in from the nearby Ferguson Lake. The pipes themselves are a technological marvel â€“ they run overground, rather than underground, because they need space to expand and contract with extreme temperature changes. The entire 3 km length of pipe is heated and there is a circulation pump to ensure that the water is always flowing and does not have time to stay still and freeze. A frozen pipe in winter means the entire settlement could be out of water indefinitely.Â Even in the summer months, despite the easy access to meltwater from nearby Russel Glacier, the town has to survive on lake water; there is microfine silt dissolved in the glacier melt. There have been many tales of desperate settlers who drank the glacier water and suffered kidney stones caused by the silt, which is so fine that the body thinks it is processing nutrients and tries to pass it through the kidneys. Of course, there is no clear way of telling which source of water is clear enough to drink and what needs avoiding, without a lab.Â The other liquid without which Kangerlussuaq would die is diesel. Used by everything from pickup trucks to generators, diesel is life in the Arctic. Without diesel, the water pipes would cool, then freeze, bursting from overpressure caused by ice. Without diesel, the generators fall silent and heating no longer works. Thereâ€™s a very limited amount of wood to burn and when thatâ€™s gone, a cold death awaits anyone who tries to eke out a living here, especially for those who are not able to live off the land, like the Inuit.

Thankfully, though, this is not a fate likely to befall Kangerlussuaq anytime soon â€“ there are large diesel bunkers that are topped off every two years (which is also when the price of diesel goes up in the town) and there is an almost fetish-like obsession with keeping the generators running â€“ most facilities have triple redundancies in place. This makes sense given how heavily the town needs them!Â As if the natural dangers werenâ€™t enough, most tourists go looking for more. The week before I arrived, a foolhardy tourist tried to go kayaking on the glacier lagoon outside Kangerlussuaq. There are a million things that can go wrong when you plan everything out and take all the right precautions. When you fail to do that, however, you might as well be kissing your life goodbye. Solo kayaking is perhaps the most dangerous thing you can do in freezing waters, mere meters from a glacier wall. With temperatures rising due to global warming, the ice sheets that support the glaciers are melting at a never-seen-before rate and glaciers calve (pieces of ice break off the front to form icebergs) with depressingly increasing regularity. The tourist was never heard from again.Â As one might expect, there is a sort of gallows humor that is very prevalent in Kangerlussuaq, usually directed at the foolish things that tourists do. However, I can detect a sort of frustration behind it, as if the locals are joking about people dying simply because itâ€™s the only way they can deal with the need to take more would-beÂ deceased by the shoulders and shake some sense into them. Probe a little further and the despair is evident. â€œWhy would you go do something as foolish as hike in a snowstorm, or go kayaking on the lagoon?â€ asks Jens Pravi, a wilderness guide and native Greenlander. â€œAs if there are not enough dangers right at home!â€ Mostly, it comes down to a combination of preparedness and luck. People who choose to trust more to luck invariably end up finding out that luck is in short supply north of the 66th parallel.

And itâ€™s not just luck either. While there is a supermarket in Kangerlussuaq, its resupplied only three times a year, and those resupply vessels can only make it to the summer port in the â€“ you guessed it â€“ summer months. Which means that for more than 6 months of the year, there are no food supplies coming in. While a serious shortage has not occurred recently, luxury goods and non-essential supplies are incredibly expensive and rare (Itâ€™s not uncommon to see prices like Rs 1,500 displayed against a small bar of chocolate) and even the basics, like meat and veggies arenâ€™t cheap. This is why a lot of Greenlanders and especially those living in towns like Kangerlussuaq, prefer to supplement their diets with meat that they hunt. Caribou (reindeer), musk oxen and snow hare all fall to the rifles of the townsfolk, who use hunting prowess as a measure of attraction in the opposite sex. â€œAfter all,â€ as Philippe, my host, put it: â€œWhen you see someone returning from a hunt with some reindeer or musk ox, you just want to go up and kiss them! It doesnâ€™t matter how they look, only that they have food to put on the table!â€

If it isnâ€™t clear already, life in the town of Kangerlussuaq is hard and filled with reasons to complain, and yet not too many people actually do crib about their lot. Most are happy to be here and those that arenâ€™t are silent about their grievances, at least with outsiders. In that sense, it doesnâ€™t seem like Kangerlussuaq is so very different from other towns. In fact, to see why I call it a frontier town, you need to do as I did and take a short ride out of town, to the cemetery that serves Kangerlussuaq â€“ and there youâ€™ll have the true indictment of the locals: In a huge lot thatâ€™s been around for many, many years, there is only a single grave marker. People may come to Kangerlussuaq, live for years and even die there â€“ but no-one chooses to be buried here for all eternity. Kangerlussuaq might be the town they live in, but there is always someplace else that people call home. 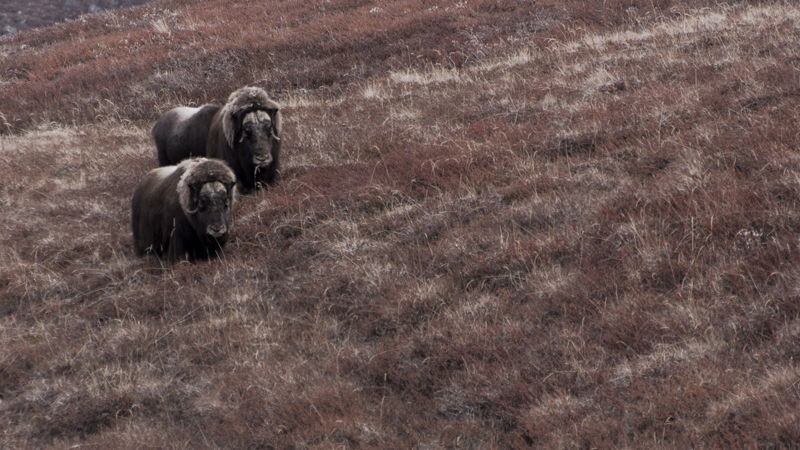