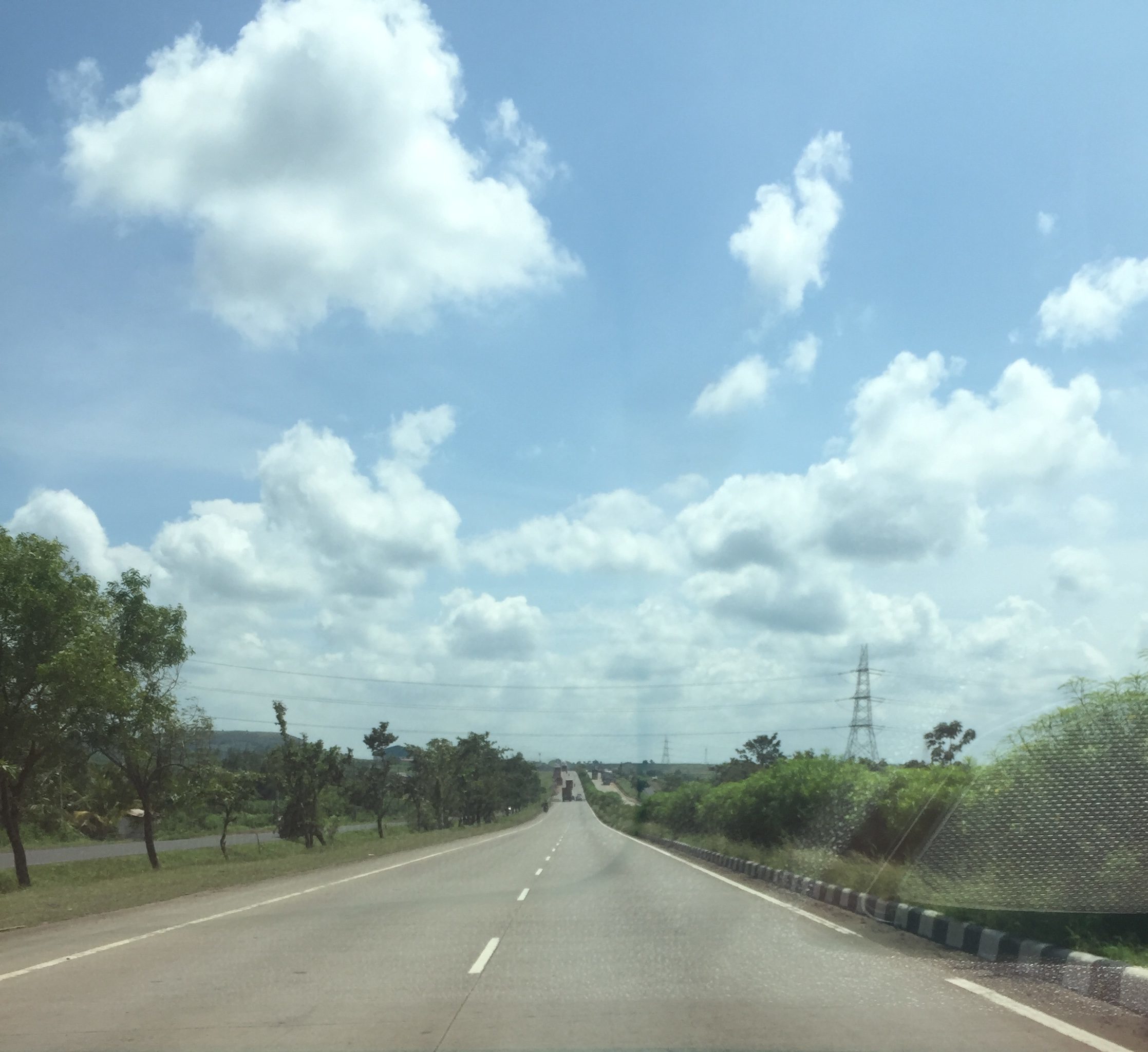 Everyone has a preferred pace of travel. I love a good road trip, Iâ€™ve found. I also have friends who love boarding airplanes, and who find theyâ€™re most at home in the sky, to whom getting on a plane in one continent and alighting in another world is the pinnacle of romance. On the other end of the spectrum, I know some dedicated slow travellers who have spent multiple years walking (yes, as in boots and feet) across entire countries, seeing everything from a snailâ€™s point of view. Itâ€™s pretty clear that traveling slower means you see more, but sometimes practicality demands that one move a bit faster, or have the luxury of carrying more than man-portable goods.

Iâ€™ve often felt that weâ€™ve sorely underestimated our countryâ€™s potential for road trip journeys. While we donâ€™t have the arrow-straight interstate highways of the US or the winding seaside roads of southern Europe, we have our own unique terrain that makes for superb driving. And our route from Bombay to Goa and then Bangalore, for the first two legs of the journey, illustrate the diversity of roads in our country beautifully. We set off at 5 am from Bombay, on Sunday, October 15.

Our route took us on AH 47, the Asian Highway that ultimately leads to Thailand. When finished, this highway will undoubtedly spawn some incredible endurance journeys. For now, though, it forms the backbone of our trip. The traditional Bombay-to-Goa road route requires one to stay on AH47 from Bombay until the town of Nipani, past Kolhapur. This leg takes about 4 to 5 hours, and seeing as we set off at 5 am, come noon, it was time to stop for lunch.

Thanks to a friend who spent a large part of their childhood in Kolhapur, we had a superb recommendation for a restaurant to eat at: Padma, which is about 15 minutes off the highway inside Kolhapur. We were recommended the mutton lonche thali, which has as its centrepiece, a dry pickle and mutton fry dish, which has the texture of molagapodi and the puckering sourness of a pickle, wrapped around savoury mutton chunks. The thali is pretty filling and the restaurant lets two or more people share a single thali, so long as you pay a hundred rupees for an empty plate. Given the portions, this is a GREAT deal.

Much refreshed, we staggered on to continue our drive. While most people on their way to Goa turn off the AH47 at Nipani, the road from Nipani to Sawantwadi, which goes through the Amboli ghat is a state highway and is usually in terrible state, especially after a monsoon. Since the rains were yet to show any signs of easing off, we opted to do the longer (but ultimately more fun and quicker) route which involved staying on AH47 until Belgaum, and turning off to enter Goa via the southern (and better maintained) road through the Chorla ghats.

What a great decision. For one thing, being the more unpopular route, we saw far less traffic. The reduced volume of traffic means the road is in better repair, and it winds through some of the beautiful forest and woodlands of the Mhadei preserve. The ghat sections are more easy on the tires and the brakes, while providing ample hairpins and blind curves to satisfy drivers without making passengers too nervous or nauseous.

As we crossed the highest points of the ghats, we drove through streamers of mist and visibility fell to about 100 feet. Fog lights on, we marvelled as the trees emerged out of the gloom in fantastic shapes. The sounds of the engine and road noise, muted through the dense fog, stopped being a distraction, a reminder that we were in a vehicle, and instead served to become an ambient noise. The swishing of the tires on the tarmac lulled us into a hypnotic trance as our speed and the reduced visibility put on a phantasmagoric show. It felt as though we were sitting still and the trees and forest were rushing past us.

Before we knew it, we were in Goa and well on our way to Britona, where Nehaâ€™s parents live. After a stop of two days, during which we visited a beautiful permaculture farm (more on this in another post!) and were soon on the road again, off to Bangalore. Iâ€™ve long held that Karnataka has some of the most beautifully maintained and planned roads in India – and this leg of our road trip served to underscore that point beautifully. We needed to drive from Britona to Dharwad, at which point we would rejoin AH47 for the remainder of the journey.

If the previous Chorla ghats section was spooky and surreal, this drive was the definition of a relaxing road trip. Driving through some of the most peaceful and serene forests I could imagine, we saw the landscape around us change from utter wilderness, to the very beginnings of civilisation, small villages and fields that showed the barest signs of cultivation, to more developed and modern towns. It felt as though we were seeing the march of time from within a bubble, watching humanity make its mark on the world.

It is this feeling of being a detached observer while still having the freedom to stop, alight, and engage, is what I love the most about long road trips. The sense of being at once connected and distant, of being a traveller and a temporary resident…