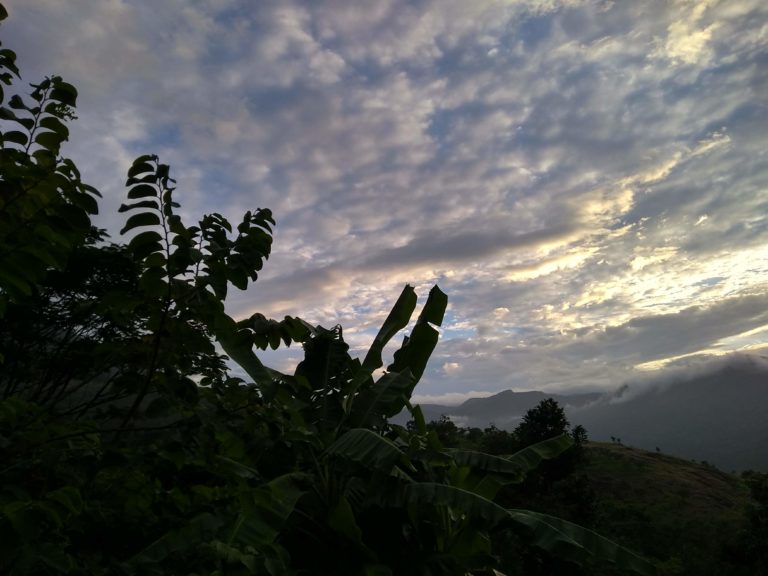 Itâ€™s about 5.30 AM and Iâ€™m woken from my slumber by the sound of a tapping. It sounds for all the world like an impatient man rapping with his knuckles at a restroom door. TAP-TAP-TAPTAP-TAP. As I struggle to come to terms with this rude awakening, and just as I decide it must be a fragment of a dream, or something I imagined in my half-waking state, there it is again. But it isnâ€™t coming from the door. Itâ€™s at the window. I turn and see, not a monster or a ghoul, but a bird. About a foot long, from the top of its head to the tip of its tail feathers and sporting a beak like a broadsword, itâ€™s a flame backed woodpecker. (I know, I was expecting a raven, too.) I donâ€™t know if thatâ€™s the official name, itâ€™s what I have decided to call the bird, because of its bright red back and contrasting darker plumage.

Ah, the wonders of Kodaikanal. Iâ€™m discovering new things about this place despite having visited twice and spent more than a month here. Iâ€™m in the Princess of Hill Stations (not my term for it, relax) on my second trip to Roundstone Farms, which is technically not even in Kodaikanal, but is about 45 minutes from the town, near Pallangi village. I was at Roundstone last year to complete my Permaculture Design Course and embark on my homesteading adventure. This year Iâ€™m returning to volunteer at the course while my wife Neha studies it. Apart from novelty alarm clocks that donâ€™t feature a snooze button, this nook of the Palani Hills has lots going for it. It features some of the most spectacular views that Iâ€™ve seen, itâ€™s lush and green – not the violent green of Goa in the monsoons, but a more genteel, civilised green, a green that comes from old forest growth and many cycles of birth and death in the hills.

Thatâ€™s not to say that the Palani Hills are wild, of course. Most parts of the range have long been tamed and the hills have had their spirits broken by the terraces used for farming what once used to be jungle. There still exist some secret groves and protected areas. And thatâ€™s where the wild has retreated. Wild elephants use the secret ways of their ancestors to find water and sustenance. Porcupines and wild boar root around the massive tree trunks, occasionally even venturing into the invasive Eucalyptus forests that were planted by the British and remain to this day.

And of course, the bird life is stunning, as witness, my woodpecker friend. Now that I have a clearer head, I can see that it hasnâ€™t been exerting itself on my behalf. The birdâ€™s noticed its own reflection in the glass of the window and itâ€™s been exhibiting its dominance over this new-found â€˜rivalâ€™. It seems very evenly matched, though. While it flies off to ponder this dilemma of what to do about this strangely unrelenting and stubborn newcomer, I notice its raining.

This region of the Palani Hills receives two monsoons – the furious SouthWest monsoon, which is just about tailing off now, and the more gentle NorthEast monsoon of November and December, which calls to mind the maddeningly frustrating needle-like showers usually found in England. Apart from the rainy seasons, and a relatively hot and dry March, the rest of the year sees cool weather, bright skies (at least, at lower altitudes; Kodaikanal is almost always at least a little bit misty) and scudding clouds, pushed along by impatient breezes.

Today, though, is a wet day. I donâ€™t mind, as I donâ€™t really have to brave the weather. I can stay in, sip my coffee and look out at the curtains of rain coming down, as the fog and clouds roll up the valley in front of me. The waterfall on the mountain-face across from my balcony seems to have swelled three times since I got here, and even from what must be kilometres away, I can see that it must be a raging torrent up close.

Neha and I are in the process of (probably) moving our lives to this region, if everything works out. It isnâ€™t often that oneâ€™s mental image of a place tallies so well with reality. Itâ€™s going to be a slow next year, as we figure out rents, land prices, and 4×4 driving. But thatâ€™s what life in the hills seems to be like. Slow, with short bursts of excitement and discovery thrown in. 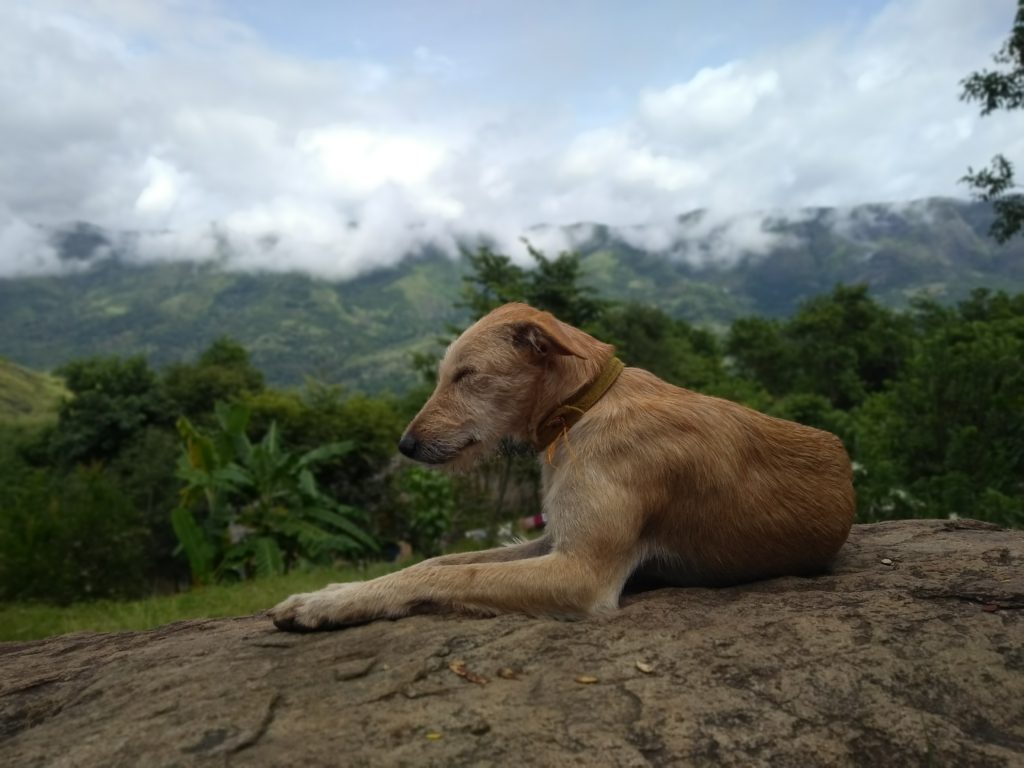 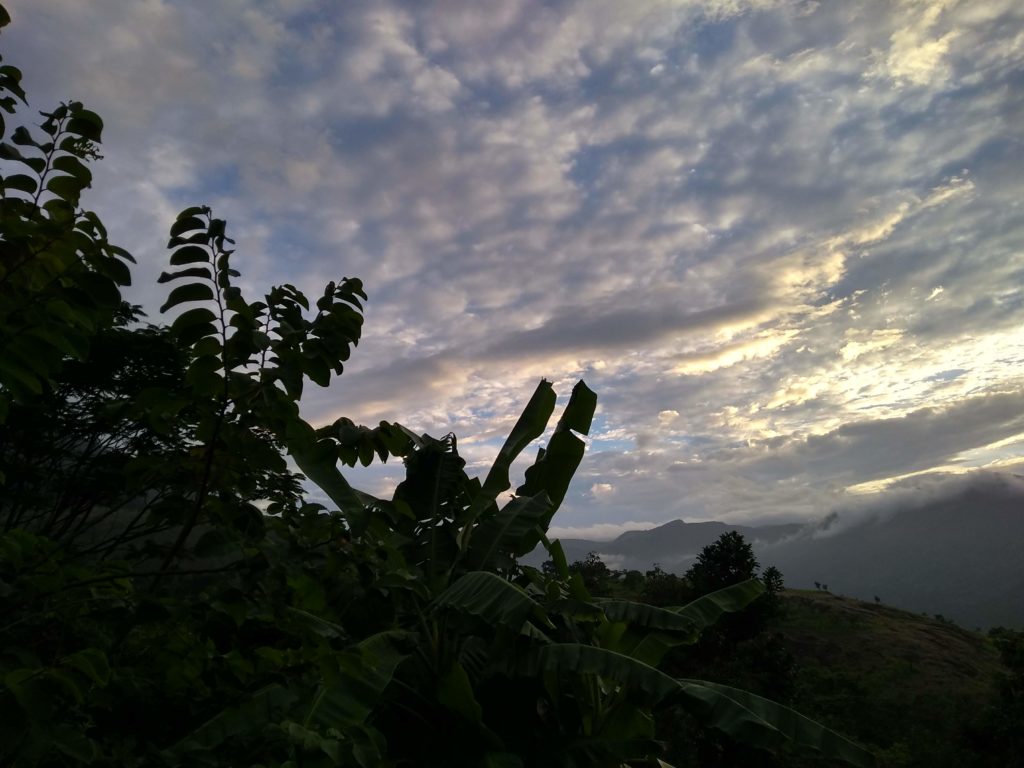 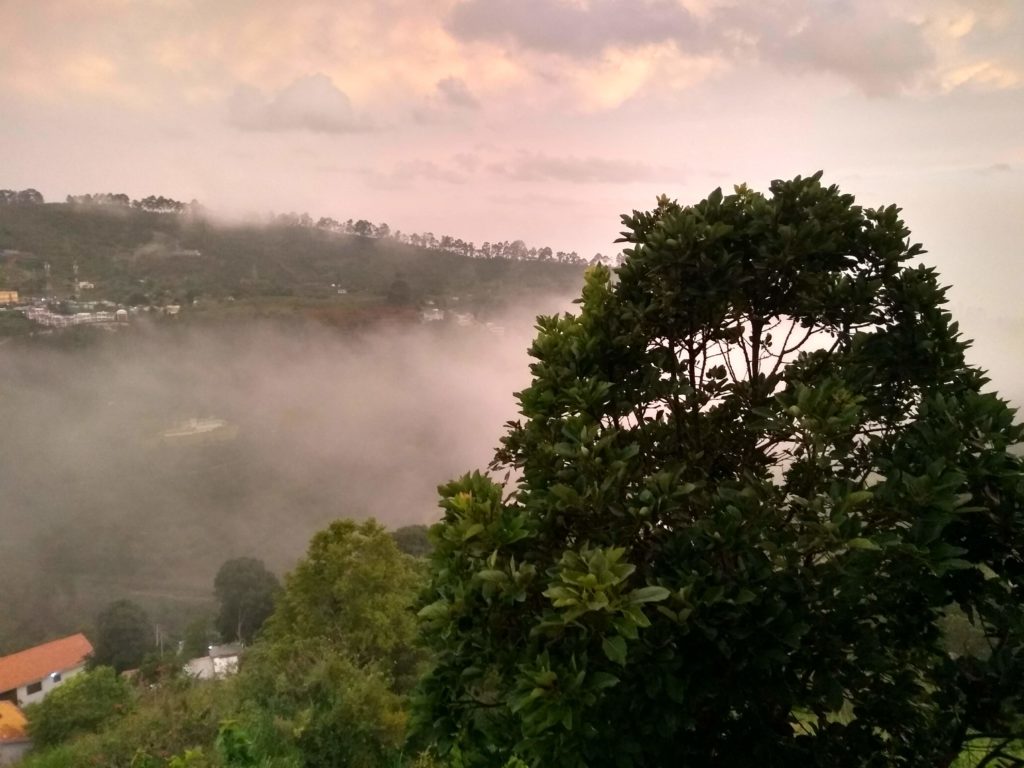 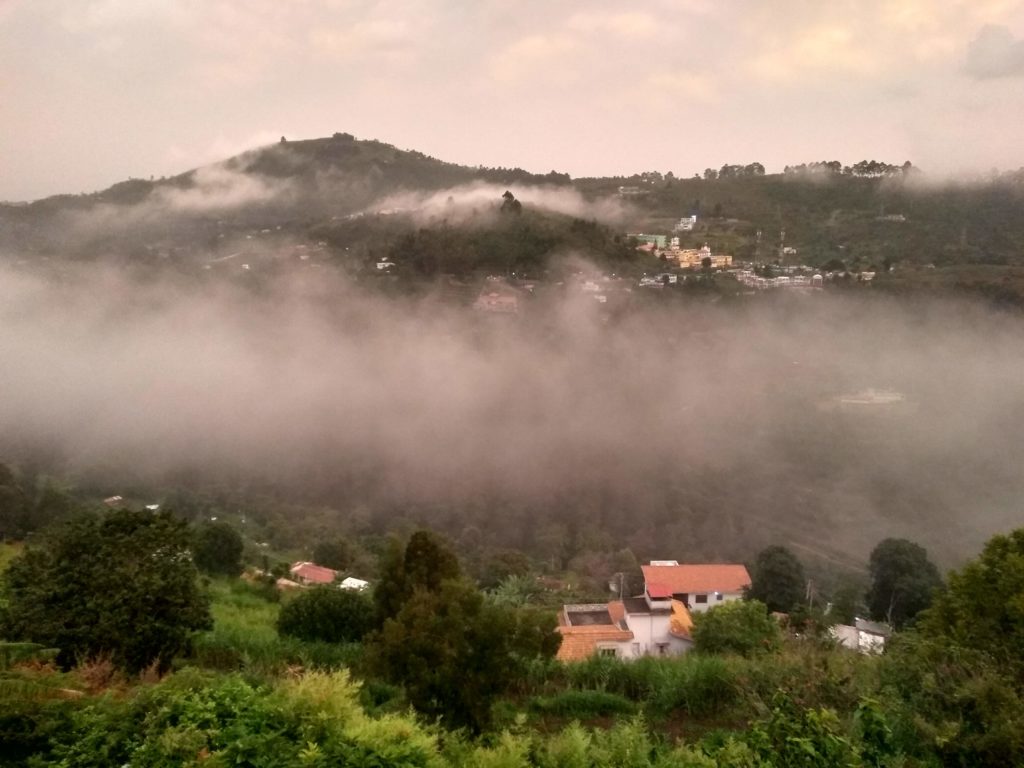