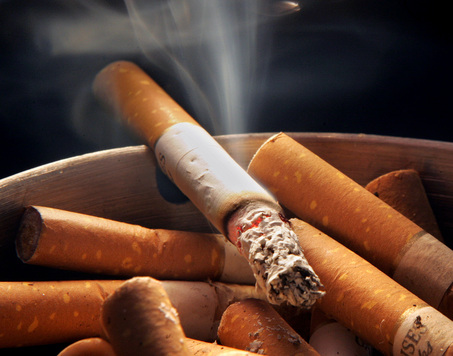 Bob the junkie scavenges cigarette butts from the ashtray in the smoking area outside the hotel. I look into the nearly full bin and see that someone has discarded a nearly unsmoked Camel and hope that he gets to it before Marcus the dour German maintenance guy goes on his cleaning round. It’s almost 10 PM and Marcus comes by at 10.15 most nights unless he gets held up at the bar cleaning up after the pilots who’ve just landed and are washing down their layover beers.

I put out my own smoke and head in through the automatic doors. I love this lobby. It’s small enough that at check in time it gets crowded and messy but at other times of the day there’s always enough of a buzz to keep me interested. When you live in a hotel room, you need some variety in the people you see and the Holiday Inn at LAX provides exactly that.

I didn’t always live in room 702. Once upon a time I was like you. I had a house and a job and a car and I was as normal as you on the surface. I’ve been many things but I’ve always known I wasn’t normal. Not on the inside. I guess you could say it was most apparent in my work. I used to be a writer, you see. I’ve never published anything you’d have read, mainly because I never finished anything I’ve ever started. Most people think writing is hard because ideas are difficult to come by. For most people that’s true. It’s hard to get inspiration, that initial flash of genius that sparks you off on an adventure. Me, I had the reverse of that problem. Ideas came to me a dime a dozen. I would have an idea when I got in the shower and two minutes later, between washing my hair and toweling off I’d have another. It’s like a cruel form of ADD. Every day I’d start the first chapter of a new story and before I could finish it I’d be distracted by a shiny new thought, like a crackhead chasing a paper bag down a street. Most of the time, the breaking point would come when I paused to save the story I was working on. So I went old school and bought a typewriter. It’s still sitting in my storage box in New York. I haven’t had the heart to sell it.

The amount of first pages of that Next Great American Novel I’ve written could form a novel by themselves. I even once thought of publishing them as a volume. A gigantic book of failed attempts. I didn’t get around to it, though.

I used to work at a newspaper, which made things bearable. Most journalists find themselves constrained by word limits. For me word limits were a salvation. I’d just have to stay focused enough to churn out my copy and head home. Still, there was an odd feeling, a yearning that I would never quite pin down, that churning in the pit of my stomach that pushed me to write more and more but never effectively enough.

And then one day I helped out a friend from LA on a very specific problem with a TV script. I can’t go into details because I signed a legal document that binds me over very specific barrels but let me try and break it down for you. Basically, it turns out that Hollywood is full of people looking for answers to very specific problems. Most long-running TV shows usually get to a point where the writers who have been working on the show for years and who invariably get blocked off into a corner. That’s where I come in. I’m the kind of guy who gets ideas, remember? As long as I don’t have to be the guy who does the actual work, that’s fine. My lack of attention had finally found a very specific marketplace for it. Of course this meant that as word of mouth grew I became known as the go-to guy for script troubles. Long story short, I moved to LA and things haven’t been the same since.

It would have been a conventional move, too, and I want to say that there’s something about staying in a hotel room that keeps me grounded, reminds me that this is all temporary, that at any minute my new found celebrity could vanish. But that’s bullshit. The fact is, I like hotels. I like this hotel. I like the fact that Martha, the housekeeping maid on my floor Wednesdays through Saturdays knows how I like my sheets done. That the room service guys know my sandwich preferences. I like leaving in the morning for a run and coming back to find that someone has made up my room for me. It’s like having mom clean up after me but without all the bitching and nagging.

Come to think of it, I don’t think I ever even made a conscious decision to live here. I just never checked out and now, well, now we have an arrangement. Every month I swipe my credit card and pay my rent and any extras and then I write Amex a cheque. My reward points are through the roof and every now and then I cash them in… on a free hotel room.

And so, my life went on, and on. Staff came and went and I stayed, through firings and fires, renovations and upgrades, and through it all I was the one constant, the rock in the middle of a river, around which an unending stream of humanity swirled.

I’d had my days down to a routine that was almost military in nature. Wake up, jerk off, coffee, shower, jerk off again, TV, email, phone, work, jerk off, work, lunch, nap, run, shower, dinner, jerk off sleep. Smoke breaks as needed. For days on end.

And then one day as I sat by the ever flowing fountain contemplating yet another sitcom that was adrift in windless waters, she walked in. Or I saw her sitting there. Maybe she’d been there a while and I was editing my memory of events to fit some romantic TV ideal where she walks in, a carefully placed fan off-camera blowing a gust of air into her soft billowing hair. You get the idea.

Small talk isn’t my thing. I prefer writing, preferably with the time to go back and edit what I’ve written, crafting each word in a sentence, polishing it like a jewel before sending it off to plead my cause. No such luck this time. Somehow, though, my stumbling attempts led to a minor victory – her name was Sara and she was in town for a week. Lawyers, it turned out, occasionally have to travel, and she was one of their temporary tribe.

I wish I had time to tell you how I turned that one quick conversation into a promise of a date but to be honest, I’m actually running late for it right now. I’m going to come back and finish this, for the first time in my life.