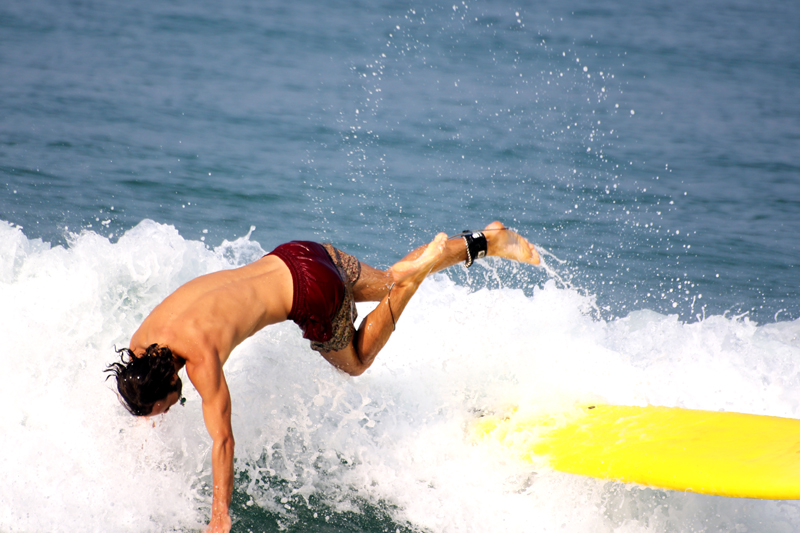 “Surfing is more than a sport, it’s an extreme sports lifestyle,” says Raffael Kably, who’s in his late twenties and works at the Surf & Soul resort, on Kerala’s Varkala beach. I think I know a little about extreme lifestyles, after my drive here. It’s been about 22 hours of solid driving. From Mumbai to Bangalore in stage one, then a second grueling day of battling narrow Kerala roads to finally land up at the town of Varkala, near Thiruvananthapuram. By the time I roll into Soul & Surf’s gates at 6 AM the next morning, I’m ready for some serious time in the sun. 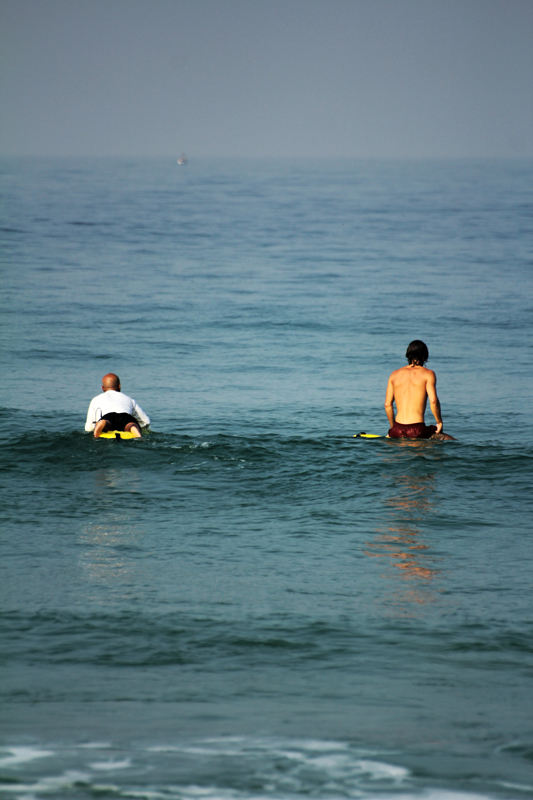 I join a small group of surfers that first morning and we set off to a beach about 20 kilometres away from the resort. We wind through sleepy villages. Little kids, still brushing their teeth, high-five the pretty girls in our group. Everyone is riding scooters with boards strapped to them. “This could be Bali, or California,” I think. It’s really really hard to cognitively process the fact that this is India. I suppose in about five years’ time it might seem natural, given the way surfing is catching on.

We finally reach the rather secluded beach where this morning’s session is to be held. I’m quite nervous, although the fact that the routine seems to be quite established calms me down. The instructors inspire confidence in the way they pass on lessons, and I watch from a distance as warm ups are done and the first surfers enter the water. Joining me are a few villagers from the hamlets close by, fishermen whose father and grandfathers have lived by the sea all their lives and who find this an interesting diversion from working the nets. Out at sea, small fishing crafts heave to for a while, to see the spectacle.

The waves are beginner-friendly, not the pounding thunder that I’ve seen in surfing videos on the internet. They’re a few feet high, but not monstrous, which I’m grateful for. Most of the students in the group still can’t get all the way up on their boards, even though the instructors are effortlessly weaving in and out of the waves, reading the motion of the sea like a book. Already I’m jealous of the way they can do something I can’t even conceive of, yet.

As I ready my camera gear, to shoot the surfers, I take some time to chat with the group. “It takes about a week or two just to get comfortable on the board,” says Abhijeet Chhabra, a 30-something Mumbai-based filmmaker who’s been surfing for over 3 years, but who still considers himself an amateur. He got into surfing while on a shoot in Sri Lanka – one of the people he was working with knew how to surf and invited him along. “We went out that first morning and I was instantly hooked.” When I met him, he was on his longest trip yet: 3 weeks in Kerala. “This is heaven. I wake up early, go to the beach, surf for about 3 hours straight and then come back and polish off a huge breakfast. I could do this forever”, he says, beaming. I can see that it’s a constant struggle to get out beyond the breakers, wait for a swell and then paddle for it, looking for the right time to rear yourself up on a knee and then stand up, balancing on your board as you charge in towards the shore. When you do catch a wave just right, the adrenalin rush is palpable. You can see it in the body language, and the faces that are screwed up in concentration and the ecstasy of defying physics.

Soul & Surf operate mainly out of two beaches. The second beach is even more remote and spectacular – a small, ancient temple at the mouth of a river gives the beach its rather obvious surfer name – ‘Temple and River’. The confusing eddies from the river draining into the sea make for more dynamic waves, and the lack of humans means there are no fishing boats around to get in the way. This is apparently a real issue. Just the morning before I arrived, Raffael had a near-miss with a boat. “That’s how it goes, man, you get so caught up in the moment – I was just charging down the line, completely in the zone and next thing I knew these fishermen were right in front of me.” Luckily (or not, depending on your point of view) the only casualty was Raffael’s surfboard, which developed a huge crack down the spine. “I just came back to the hotel and sat down and looked at my board for an hour. That was my favourite board! I just hope we can repair it,” he says, crestfallen.

Boards aren’t cheap, either – a good board can cost anywhere from Rs. 50,000 upwards and the best boards might need to be imported as well. Raffael got his from a traveling surfer who sold it to him for half the price – which is a common method to acquire boards for beginning Indian surfers. The passion and perseverance that it takes to save up and buy a board is all part of the surfing life, this new lifestyle that I’m just seeing a tiny slice of.

To properly understand where this phenomenon comes from, though, you need to go all the way back about 7 years ago, to the college town of Manipal, on the coast of Karnataka. Back then, Tushar Pathiyan and Ishita Malaviya, the co-founders of the Shaka Surf Club, were in their twenties, both 2nd-year students of architecture and journalism, respectively. They’d just learned of a ‘surf ashram’ at Mulki, about an hour from Manipal, where Californian devotees came to connect with nature and surf. “We were always into surfing,” says Tushar “We just thought we’d never be able to do it in India.”

A chance encounter with a German exchange student who had heard of the surf ashram led the duo to discover that there was a place in India where surfing might be possible. They rented boards, convinced classmates to join them for weekend trips and eventually sold a large number of personal belongings to purchase a board of their own, which the couple shared. “While I surfed, Ishita would stand on the beach and clap and cheer. And when she surfed, I did the same,” muses Tushar. I can hear the joy in his voice as he reminisces.

One thing led to another, and soon they were searching for surf spots closer to Manipal, so they could surf before and after classes, just like kids in the US do – although, of course, they weren’t aware of any of this at the time. Trips to the East coast of India helped them meet other Indian surfers – like themselves, drawn to the sea singly, a small community was forming.

On the East coast, people had been surfing for even longer. A small group of surfers had been riding the waves at places like Puri, for over 15 years. As Tushar and Ishita traveled around, they found that other people had been simultaneously discovering surfing around the same time. As though by some process of groupthink, they began finding each other, mainly because they couldn’t stop talking about surfing. “When you start surfing, you really want to do nothing but talk about it – if you talk about surfing with someone who does not surf, their minds get fried. So it was awesome when we went to Pondicherry, got off the train, went straight to a beach and met someone who happened to be surfing there.” Tushar and Ishita also eventually realized that Ishita was the only Indian female surfer at that time. 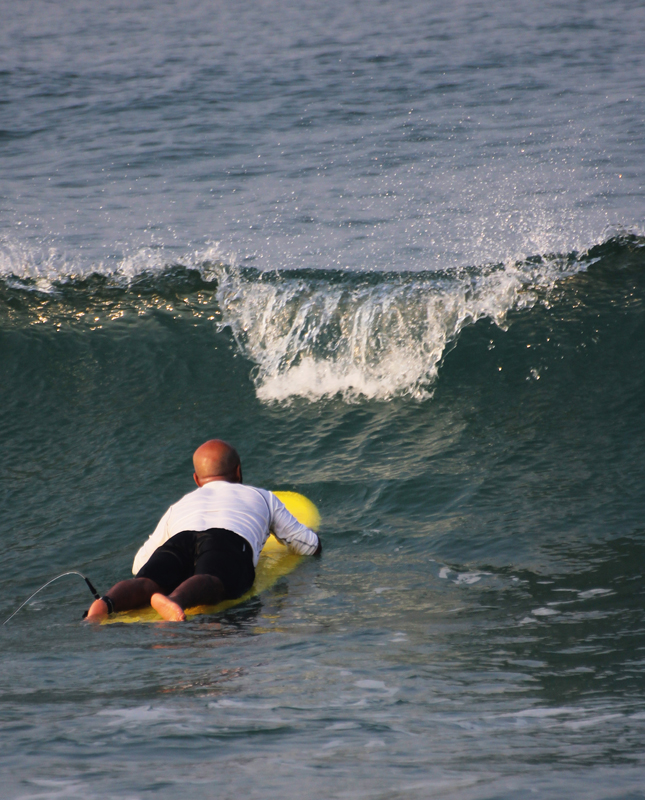 Back home, their hunt for a local surf destination led them to Kodibengre, which is where the Shaka Surf Club would eventually be opened. Starting with the local kids and eventually catering to city-folk, from Delhi, Mumbai, and other metros who had heard about their venture, they now have trained dozens of Indian surfers of all ages. Their focus is quite firmly on getting surfing established within the Indian population. “We don’t want this to become a situation that’s just for foreigners, who come only for the waves. Surfing is something that Indians should be doing. When you surf you become part of a community and soon start wanting to give back to that community. Imagine if the surfers in big cities like Mumbai got the beaches cleaned up and you could actually go swimming there whenever you wanted.” Tushar and Ishita are passionate about involving their neighbours from the nearby fishing villages in the activities of the surf club.

“When you’re in the water, you forget everything else. There’s just you and the waves and the joy that comes from surfing. That’s what we want to bring to everyone.” And everyone who does visit the annual India Surf Festival (http://www.indiasurffestival.org/) in Puri, does get that message. Tushar and Ishita run the Shaka Surf Club full time. Raffael Kably manages Soul & Surf during the surfing season. His girlfriend Jill joins him there to volunteer and surf, herself. Each year, the number of people enrolling at these and other surf destinations grows. The word is spreading. There is something about the lure of surfing that makes this lifestyle completely irresistible to the people that take it up. As we pack up on that first day and make our happy way back to the hotel for a shower and a thick cold coffee followed by breakfast, I can see a small part of that myself, just from a distance. It’s in the sound of the waves and the feel of the board under your feet. In the cool air and the warm sun that draws you back to the beach time and again, the promise of adventure and excitement and a life where you’re always looking for that next wave to take you faster and harder.

This story was printed in the first issue of Juice 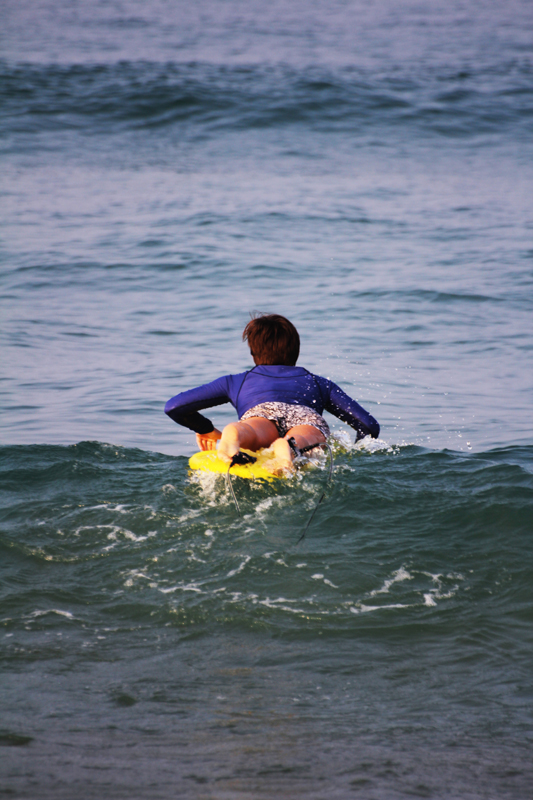 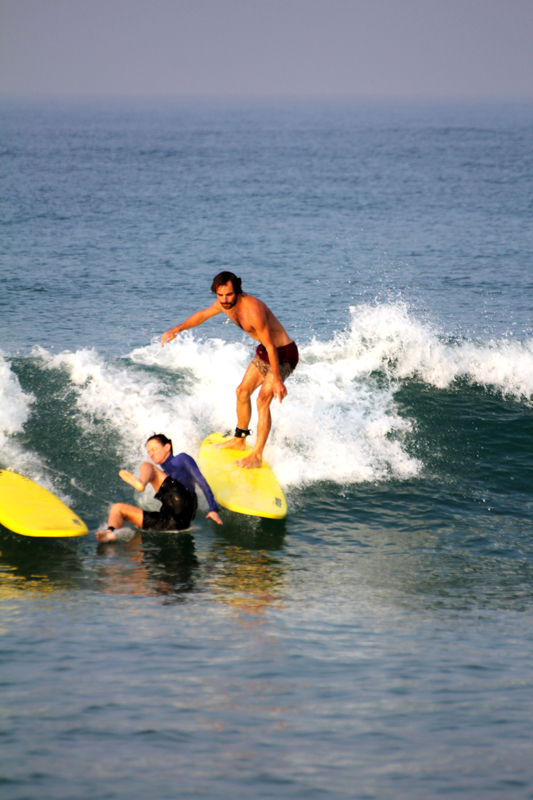 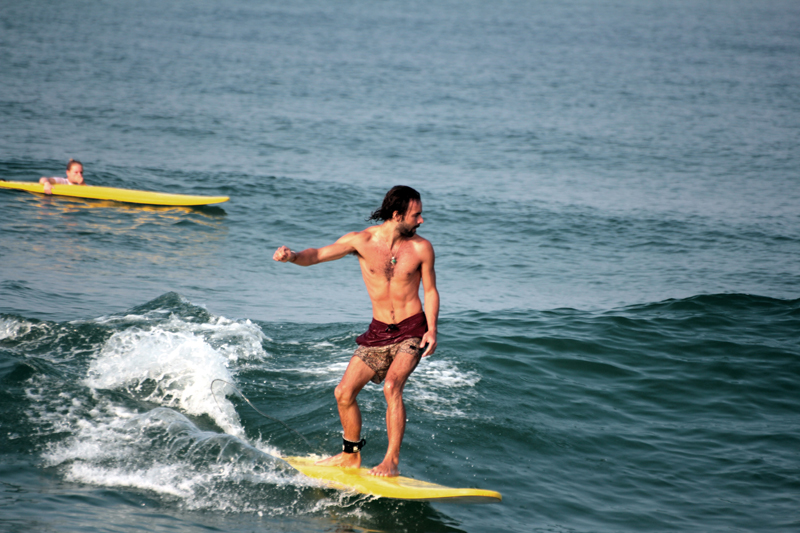 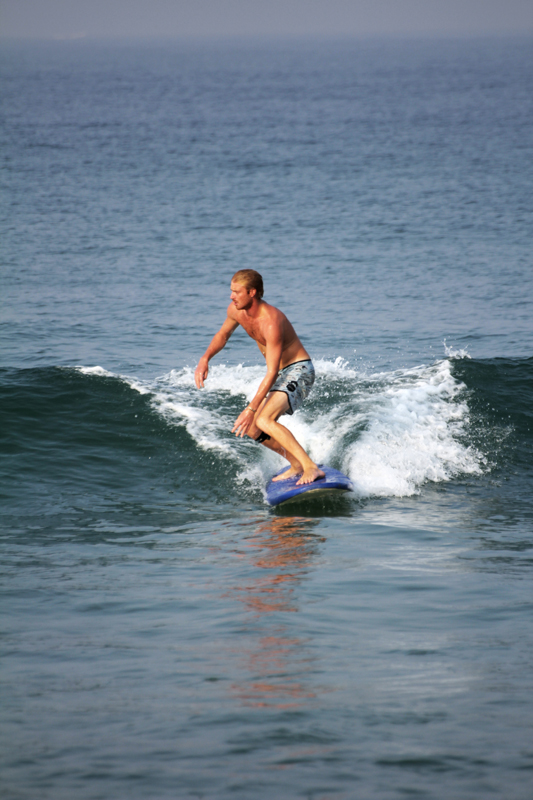 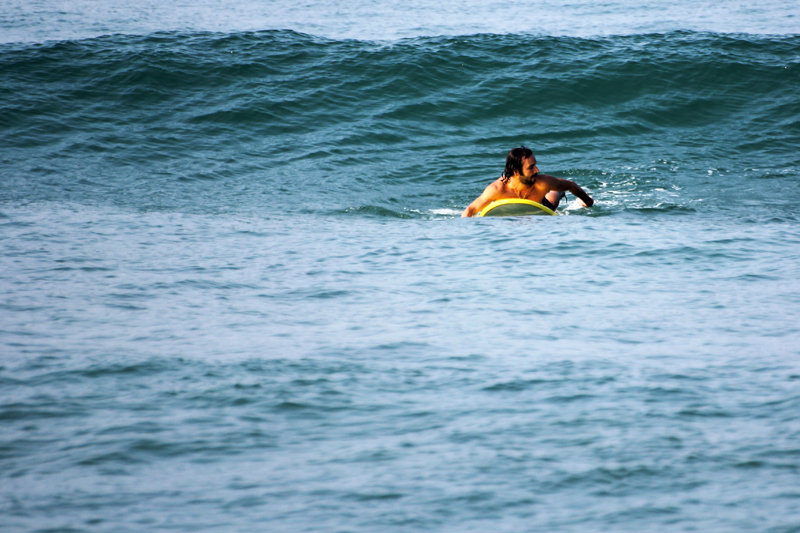