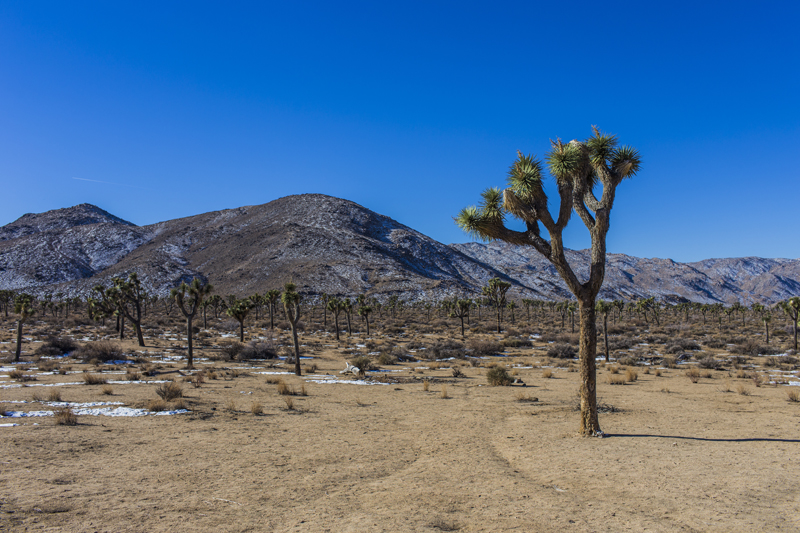 The light from the headlamps of my car picks out the yellow lines in the road and, a moment later, a strange white glow on the sides of the road. Everything else outside my windscreen is black: the tar on the road and the dark of the night have merged into a single opaque mass. I’m tired from driving the past 5 hours, but as I realize what the white glow is, I force myself to stay alert. It’s snow. The temperature has finally sunk low enough for snow to collect on the road, and in my tired state, I could easily lose attention and skid off the road. Besides carrying a chance of death, getting in an accident would, at the very least, be embarrassing. I am more scared of embarrassment than death, given that my girlfriend is sitting next to me. The last thing you want to do in front of someone you love is wreck a car because you weren’t paying attention.

We’re on the final leg of our 941-kilometre trip from San Francisco to Joshua Tree National Park, in California, USA, where we’re going to spend the New Year weekend. As we round the park road’s curves and hunt for a free campsite, my mind can’t help wandering. I’m mulling over New Year’s Eve parties I’ve been to in the past, and how I’ve spent my time on this day in years past.

I’ve always had a soft spot for New Year’s Eve celebrations. Coming from a multicultural, mixed-ethnicity family (my mother is South Indian and my father is Parsi) there weren’t many religious or community festivals that we celebrated. On the few occasions that we did bother to do something special, one side of the family would always end up being just a little bit of an outsider. Not enough to feel unwelcome, of course, just enough to take the shine off Navroz, or Diwali, or whatever the occasion happened to be.

But on New Year’s Eve, everybody partied equally hard. We’d either go out to my parents’ friends’ houses or they’d come over. At some point, dad would do a rendition of “I could have danced all night” and he and mom would dance, usually leading the rest of the audience to follow suit. My brother and I would stuff our faces with chips and cola and chant the countdown to midnight with the rest of the audience.

Growing up, I never really felt the same sort of happy, comfortable vibe from the parties I began attending, with my friends. It wasn’t something I focused on all the time, but come December and all the planning it brings, I’d invariably get caught up in the search for how to have ‘the best New Year’s EVER’. I’d also simultaneously have a sinking feeling that come the end of the month I’d end up doing something banal. Naturally, most of the times this was the case. (Except the one even worse time, when I ended up stuck in traffic in a Mumbai suburb when the clock struck 12.) 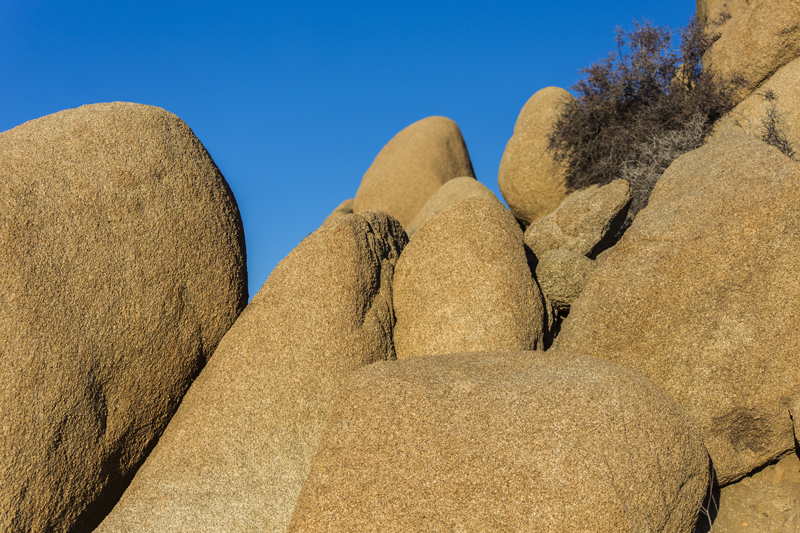 This year, though, would be different. Unlike the hordes of people in cities around the world this weekend, I would be listening to the sound of the wind susurrating in the distance, rather than music from a DJ’s console. Instead of strobe lights reflected through the haze of cigarette smoke in some club, I would be bathed in starlight twinkling down on a little campfire. 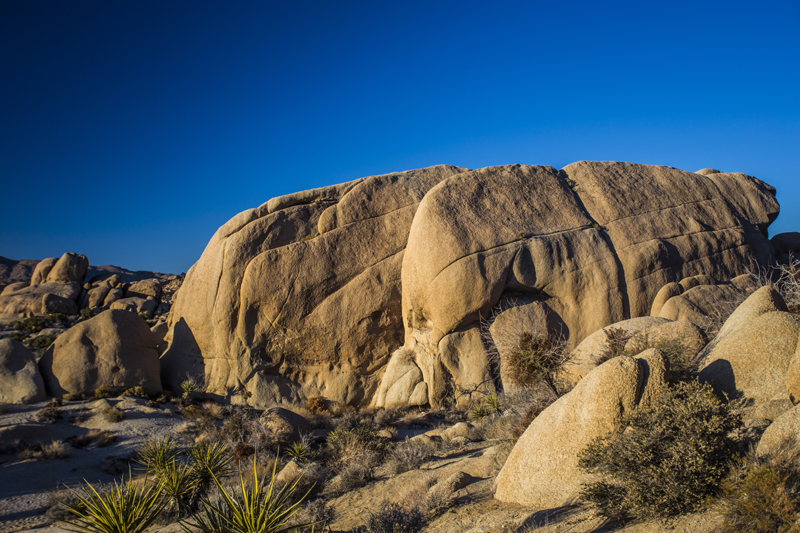 Joshua Tree National Park is named after the Joshua Tree, a kind of yucca plant that’s only found in a few places in the Mojave or Sonoran deserts and the San Bernadino mountains. It’s a strange, alien looking plant: spiky leaves point upward to the sky, jutting out from a hard spiny trunk. It’s that upward pointing posture that apparently caused it to be named the Joshua Tree. Legend has it that Mormon settlers, having made their way across the Colorado River, encountered these strange trees and it reminded them of the prophet Joshua, limbs outstretched in supplication, pointing the way westwards towards fertile lands and plentiful harvests. 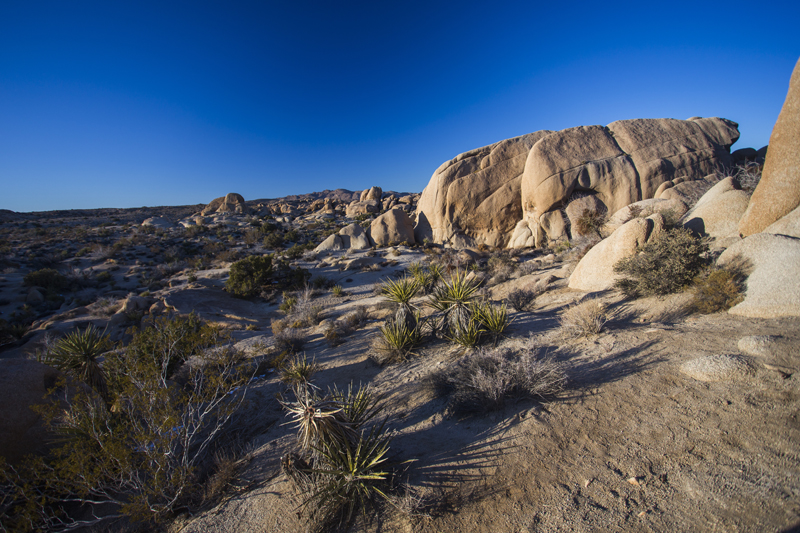 As we locate our campsite and set up camp, I notice a few of these silent sentinels on the perimeter. Although it’s a dark, moonless night, the light from the stars is almost shockingly bright. Since it’s a dry, arid desert at an average elevation of 3,000 feet, Joshua Tree makes for some of the best stargazing in the Southern California area. And all that starlight is illuminating the trees, making them appear as ghostly figures on the edge of my vision. The soft wind blowing through the leaves and making the trees move only adds to the creepy feeling that there are spirits of the night watching over our little campground. 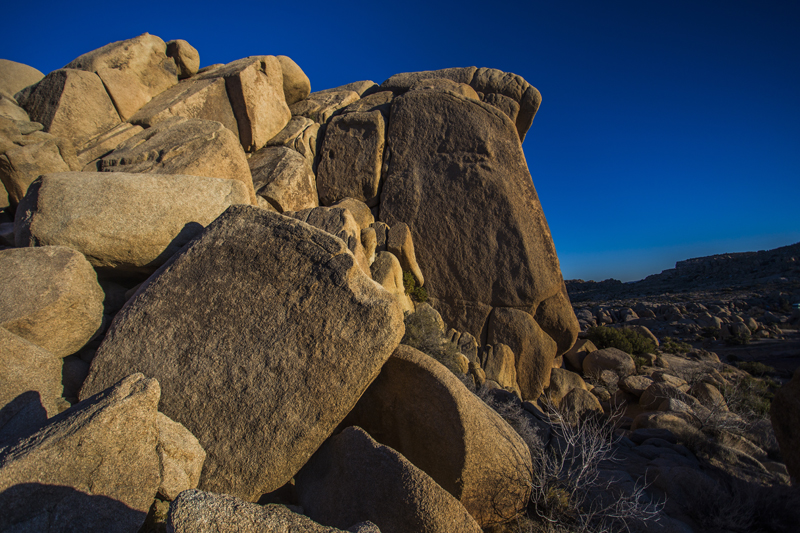 The other, larger companions we are fortunate to be surrounded by, are huge granite rocks – formed from cooling magma over 100 million years ago, the effects of wind and water have eroded them into megalithic shapes. Although completely natural, they look as though giants have placed them into their current positions. The rock formations are also rounded and appear smooth from afar, lending themselves even more to the illusion that they’ve been rolled into place by hands much larger than ours. 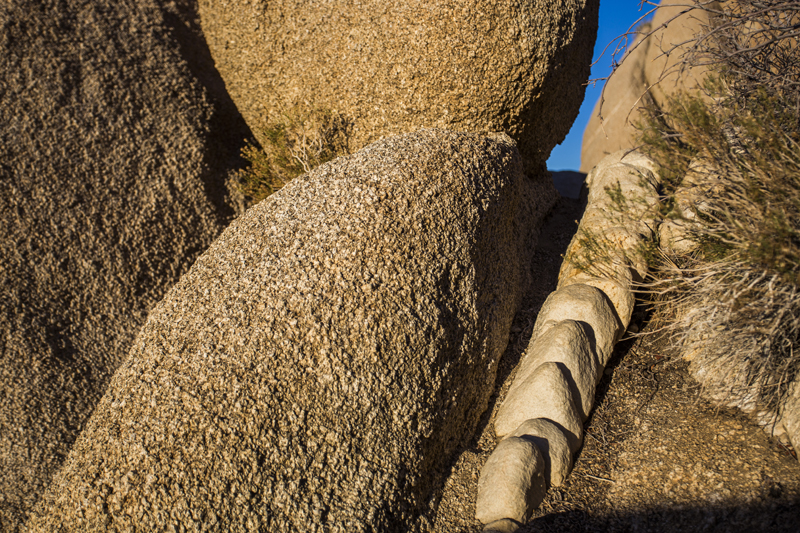 Setting up camp isn’t hard when you have an extra pair of helping hands and we’re soon done. The park campground, named Jumbo Rocks, after the rock formations around us, is busy. We’re clearly not the only people with the same idea of spending New Year’s Eve out amongst the Joshua Trees. Although there are over 200 campsites in this ground, they’re almost all occupied. We’ve offered to share our campground with a group of visitors who might need extra room. In exchange, they’ve invited us to their campfire for dinner. We promise we’ll stop by at some point. 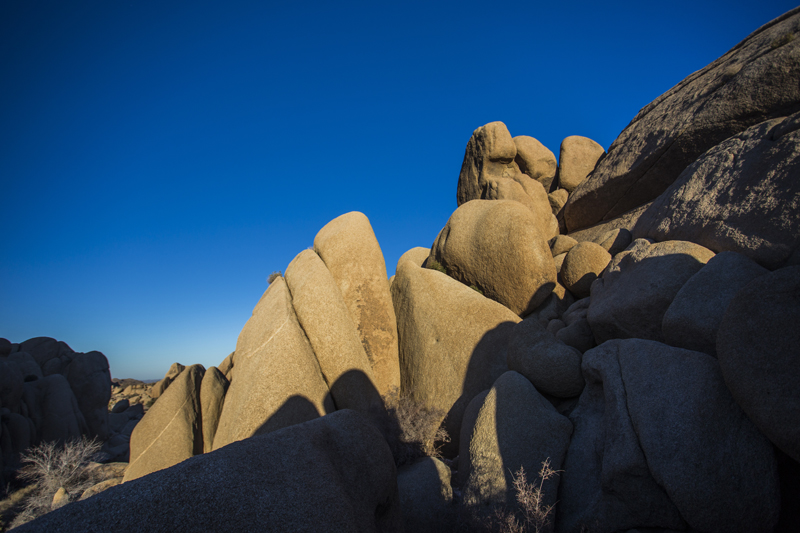 In the distance we can hear the sound of bongos playing – clearly some of our more musically inclined neighbors have brought out their instruments. As we wander over to our hosts’ campfire, drawn by the smell of hot dogs and fragrant wood smoke, the stars continue their wheeling dance overhead. 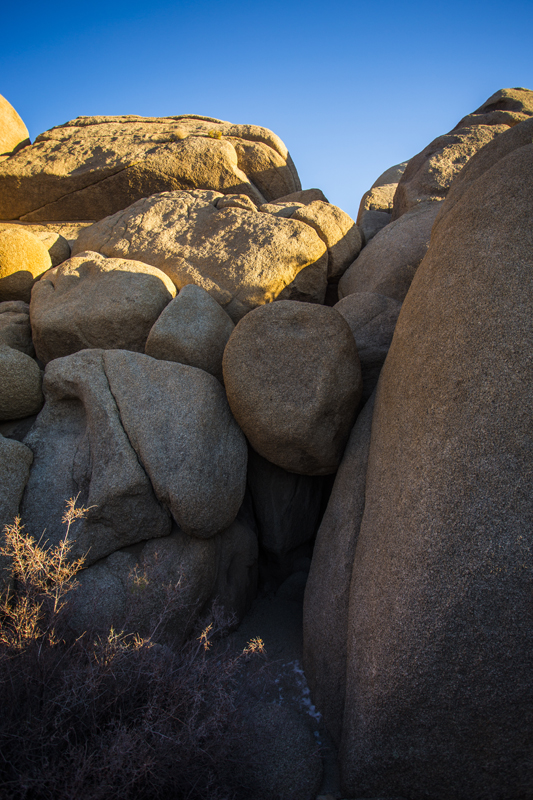 We sit in comfortable chairs by a roaring fire that’s keeping the chill from our bones, a guitar is being plaintively plucked nearby. The bongos are still at it in the distance. There’s laughter all around and the smell of a barbecue is sending tendrils of hunger up from my stomach. Before I know it, though, the clock is striking 12 and unlike the city celebrations I remember, there’s a moment of silence. 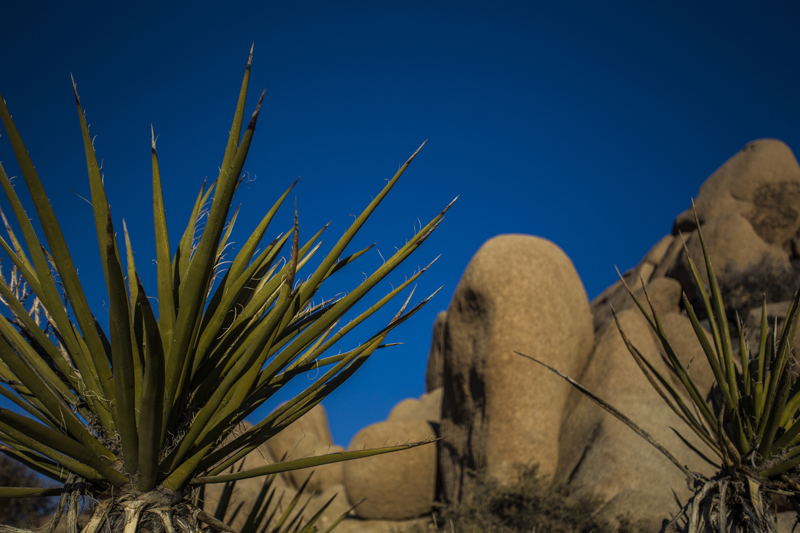 In contrast to a drunken party where there’s a rush to make a move on the object of one’s affections and seal that New Year’s kiss, there’s a more meaningful and less physical affirmation of love in the New Year, here at Joshua Tree. Hands are held slightly tighter, gazes lift to the sky and its wonderful bounty of stars. The moment passes when a single clear voice begins singing Auld Lang Syne, somewhere in the night. We all join in at the chorus. Surrounded by strangers, I’m suddenly completely at home. This time, it happened: Best New Year’s EVER. 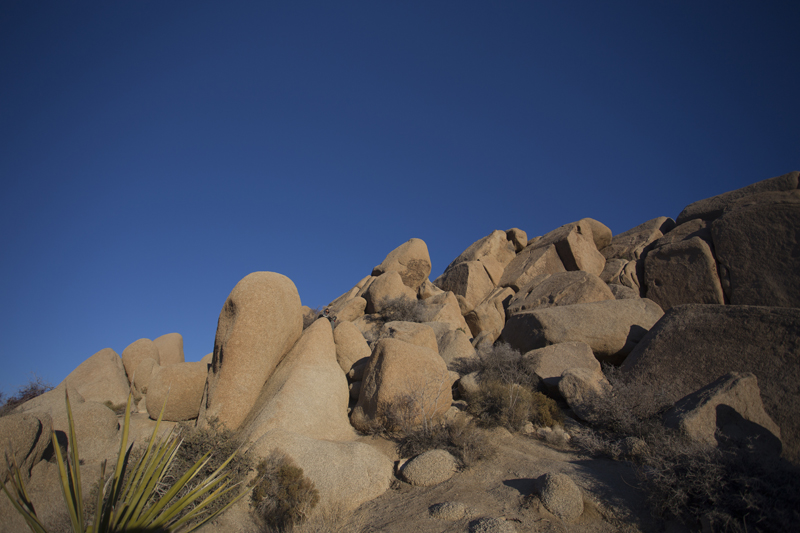 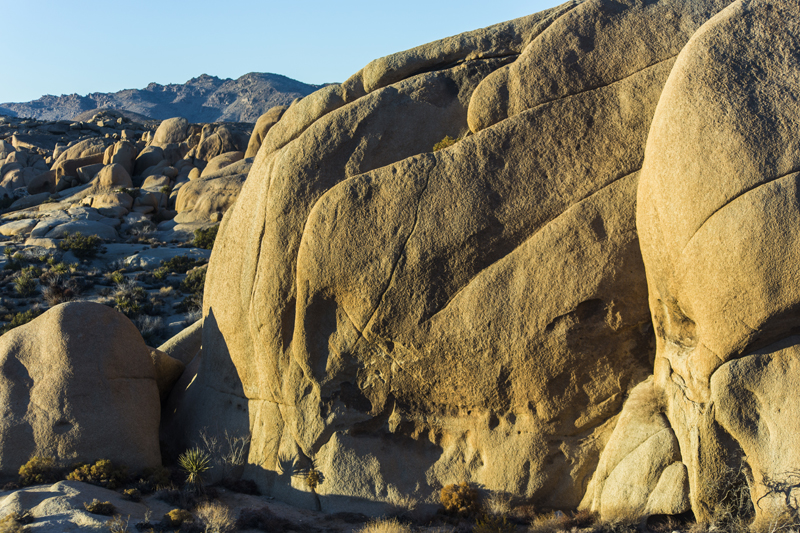 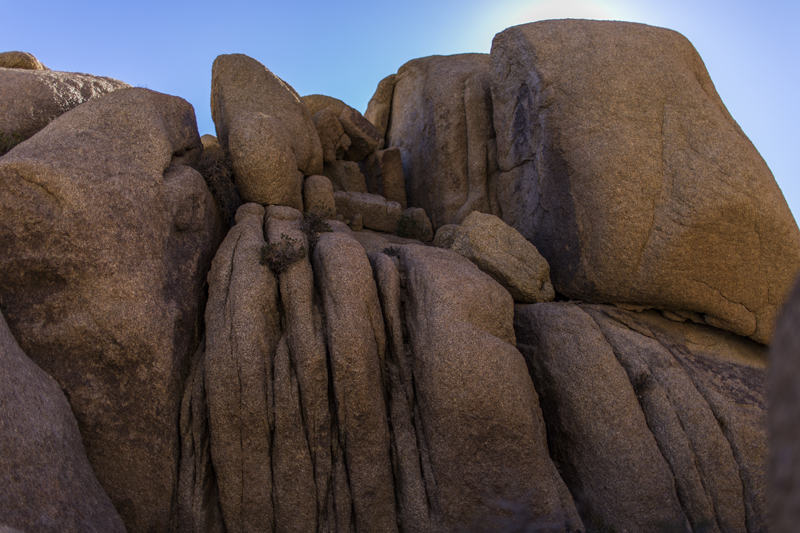 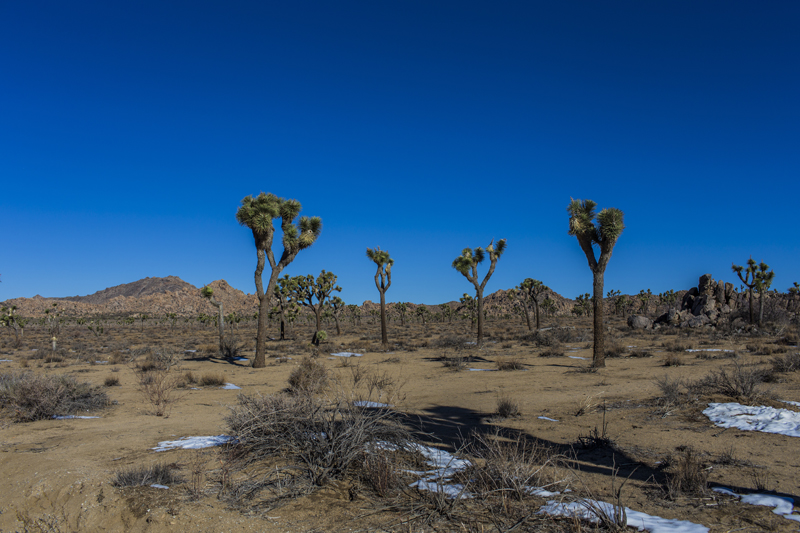 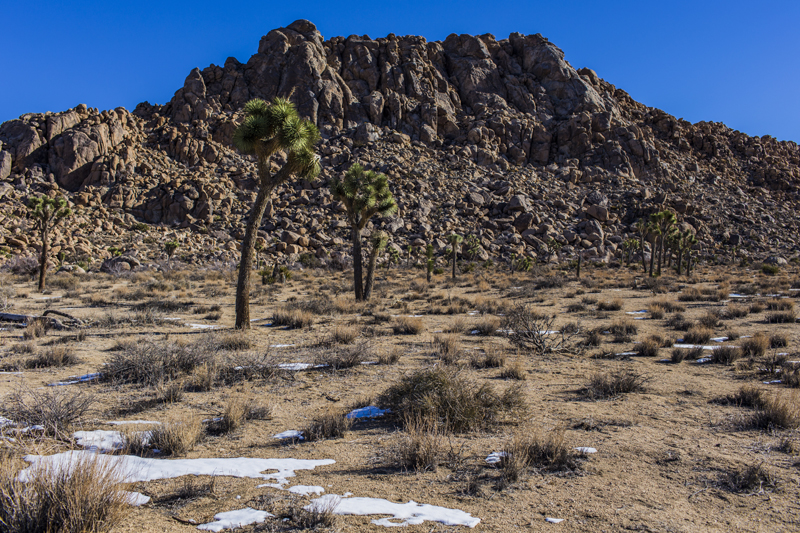 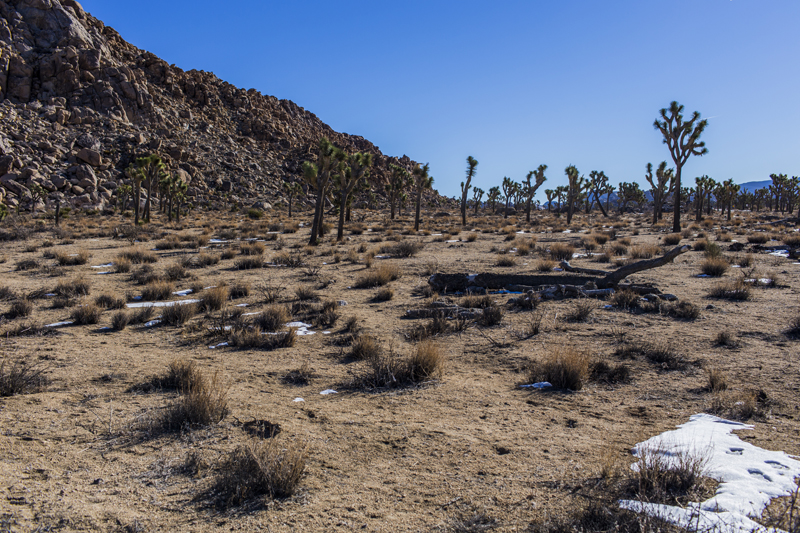 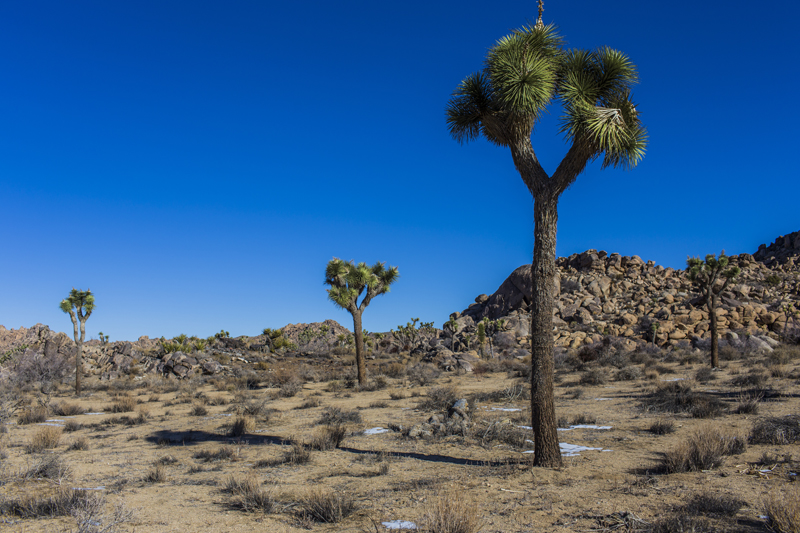