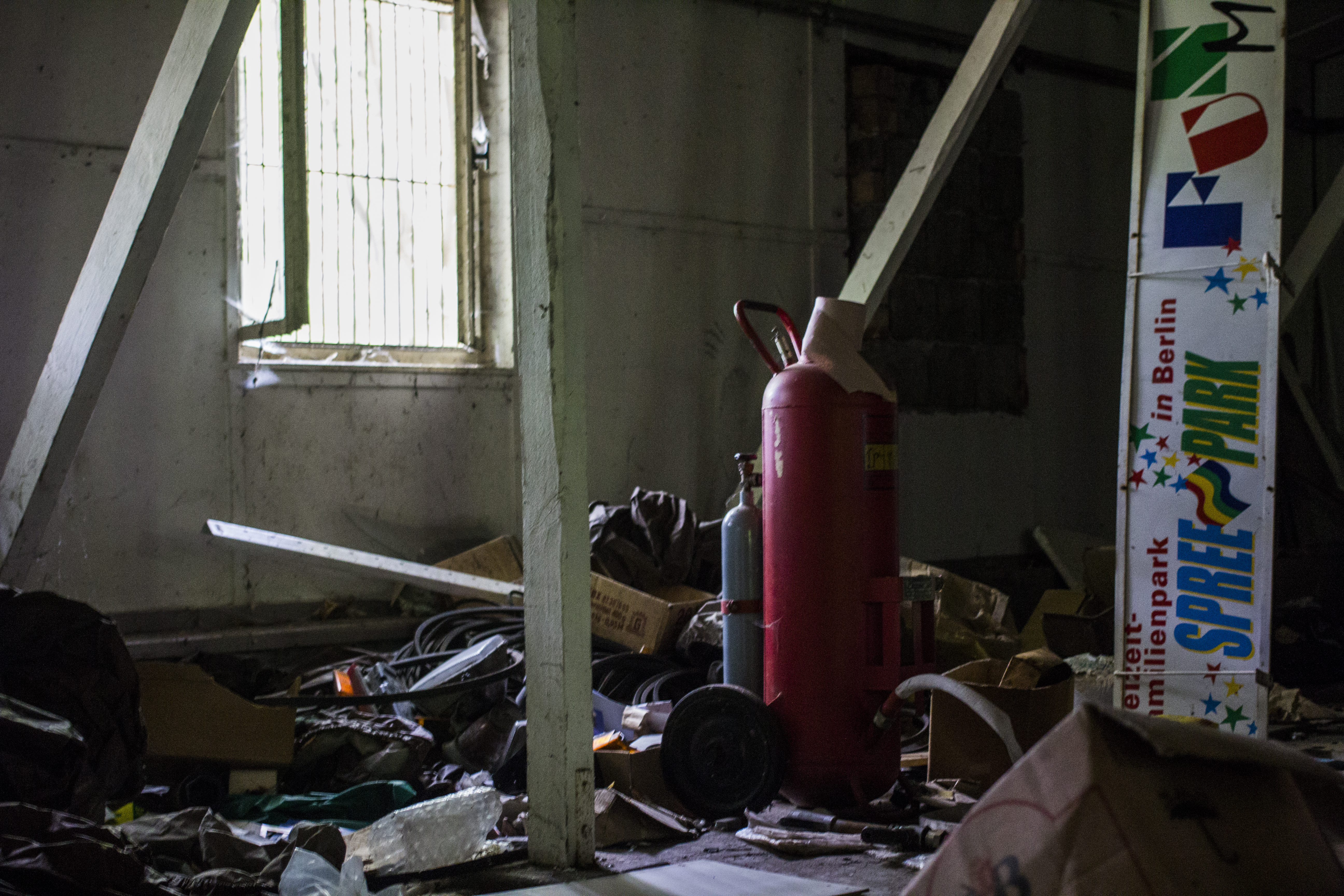 I freeze, at what could have been the slight sound of a twig snapping. Was it just my imagination? Sweat beads on my brow. As I wait, I sense the clincher: the woodland noises have all stopped and I can hear, in the distance, guttural German voices drawing closer. My hand goes up, signaling Iris, the Dutch girl whoâ€™s accompanying me, to stop. â€œTurn around, quick,â€ I hiss at her. We head back in the direction from which we came. Contrary to what it sounds (and feels) like, Iris and I havenâ€™t traveled through a time warp and fetched up in World War 2. In fact, the year is 2014, not 1944 and weâ€™re breaking (or at least bending rather forcefully) the law by trying to visit an abandoned amusement park: Spreepark, in Berlin, Germany. 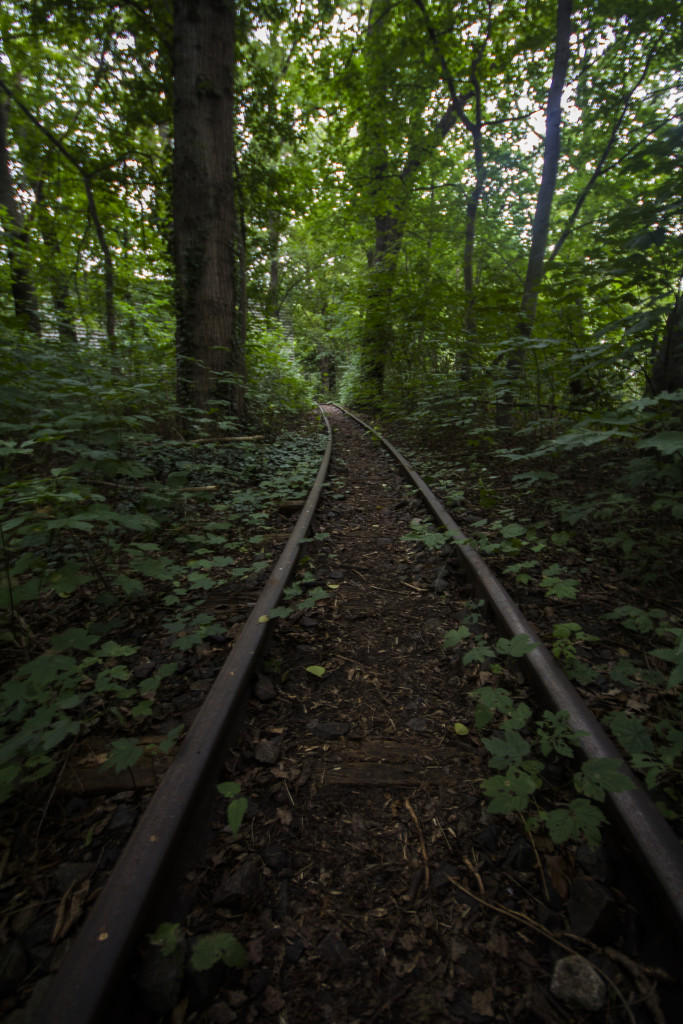 Spreepark is now a cultural and historical landmark, albeit an accidental one. It is named after the river Spree, which runs by the park and it used to be the only permanent amusement park in East Germany. Opened in 1969 as the VEB Kulturpark, in its heyday it served more than 1.5 million visitors each year â€“ mainly because it had a 40-meter Ferris wheel. In the distinctly un-fun East Germany, this was a huge attraction. In November 1989, the Berlin Wall fell. Without financial support from the now-extinct East Germany, the park was sold to an investor, Norbert Witte. After heavy spending, and rechristened as Spreepark, it re-opened in 1992 with new attractions: water rides, a pirate ship, and paid actors doing stunts and other acts.

By the time 2001 rolled around, though, Spreepark was barely doing 400,000 visits. Its doors closed for the last time on Nov 4, 2001 and shortly after that, Witte was jailed for smuggling 181 kilos of cocaine into Germany. And thatâ€™s where the story ought to have ended. Except, a few years later, despite the fences around it, a few adventurous people snuck in and began publishing photos and accounts from Spreepark. The intervening years of neglect had turned the rides and zones into a weird, dystopian dreamscape and suddenly every urban explorer worth his or her salt was trying to get into Spreepark. Like a zombie, Spreepark refused to die.

When I visited Berlin in May 2014, Spreepark was high on my list of things to see. The relentless assault of trespassers had resulted in a manifold increase in security. Guards, armed with batons, tasers and dogs were present, as were beefed up fences and locks. This only served to heighten my resolve to get in. I met Iris at a street art walking tour and workshop, where I shared my plans with her and found in her a willing co-conspirator. And thatâ€™s how we ended up walking along the river Spree on a cold Sunday morning, inspecting the Spreepark fence alongside for weaknesses.

We already tried a direct approach, walking up to the main gates, where we met a hostile guard. For round two, we decided to try another tactic. Walking along the border fence, we spotted a hole along the bottom where a tree had pushed it over. Thick foliage obscured our view beyond, and we had no idea if weâ€™d be able to force our way past the bushes behind the fence and into the park. As we looked closer, something glimmered faintly from beneath the leaves. Railroad tracks, for the parkâ€™s kiddie train. Rusted now, these tracks could lead us into the interior of the park. We waited for a quiet moment when no-one was around and entered. 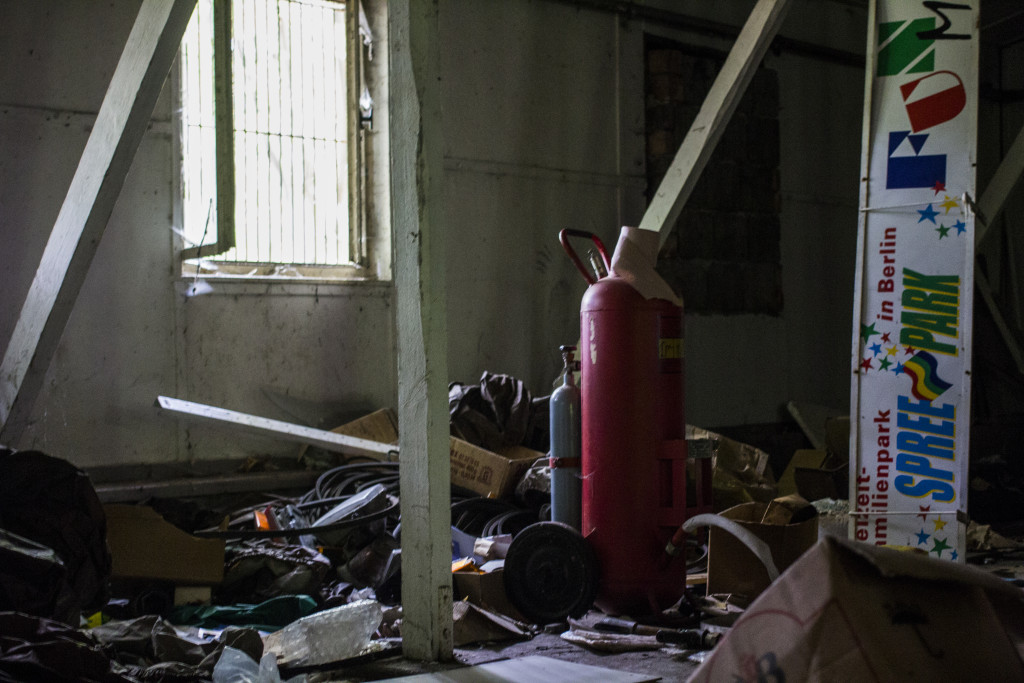 The sounds from the park matched the mood, with bird calls and wind sounds mixing with more sinister rustles, groans and creaks from the dilapidated rides. Looming large over all else, the Ferris wheel clanks occasionally, as its cabins shift restlessly in the wind. Each time weâ€™d get settled in, though, the sounds of the guards floated towards us on the wind and weâ€™d have to beat a retreat.

Despite this constant back-and-forth, we did manage to see a fair number of the parkâ€™s sights â€“ the Ferris wheel, of course, as well as the cluster of plastic swans that would have been ridden on the waterways linking the parkâ€™s sections. There was an abandoned, moldy store-room as well, filled with stacks of flyers advertising the park, from 1995. Touching anything left your hands grimy and there was an ever-present risk of contracting tetanus from all the rust lying around. We had to be careful about where stepped. Before we knew it, it had been a couple of hours and we were tired. 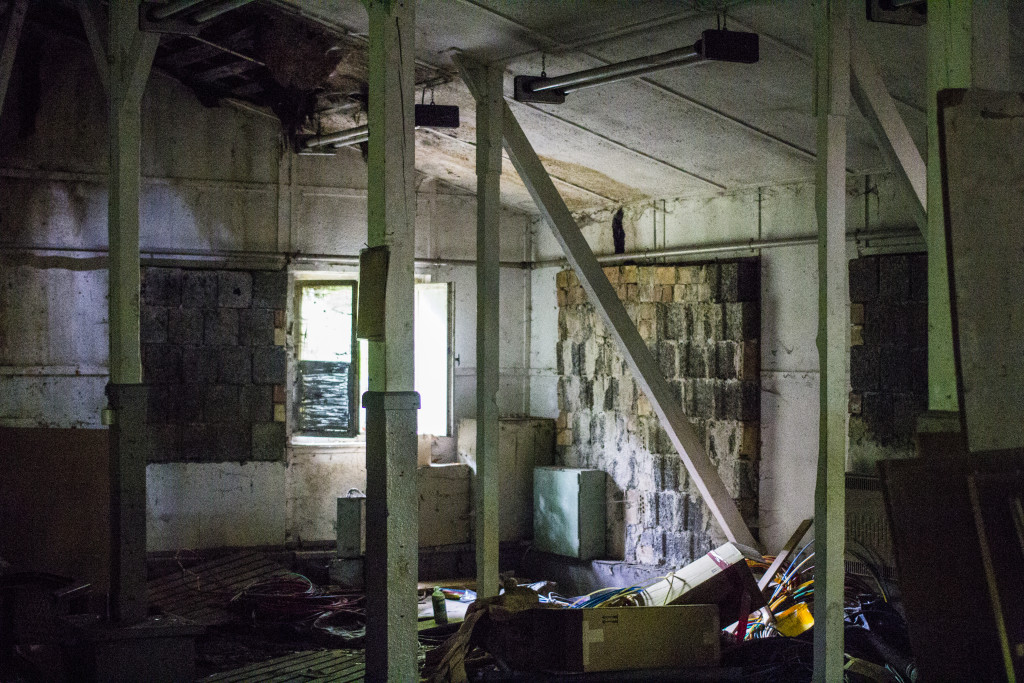 The tension does get to you and sooner or later, one needs to exit â€“ for some, itâ€™s in the hands of the local police, after having been caught and fined for trespassing. For us, luckily, the day ended with a couple of pints of rehydrating beer in a small bar in Kreuzberg, where we chatted excitedly about our adventure and relived it in great detail.

Spreepark is still closed, a year on, although there have been many plans of appropriating the land for apartments, or restaurants or even as a public park. While those debates rage, however, Spreepark is now open for cultural events held in an amphitheatre â€“ while you donâ€™t get to see most of the parkâ€™s more dilapidated and fun exhibits, itâ€™s one way of getting a legal close-up look at Spreepark!