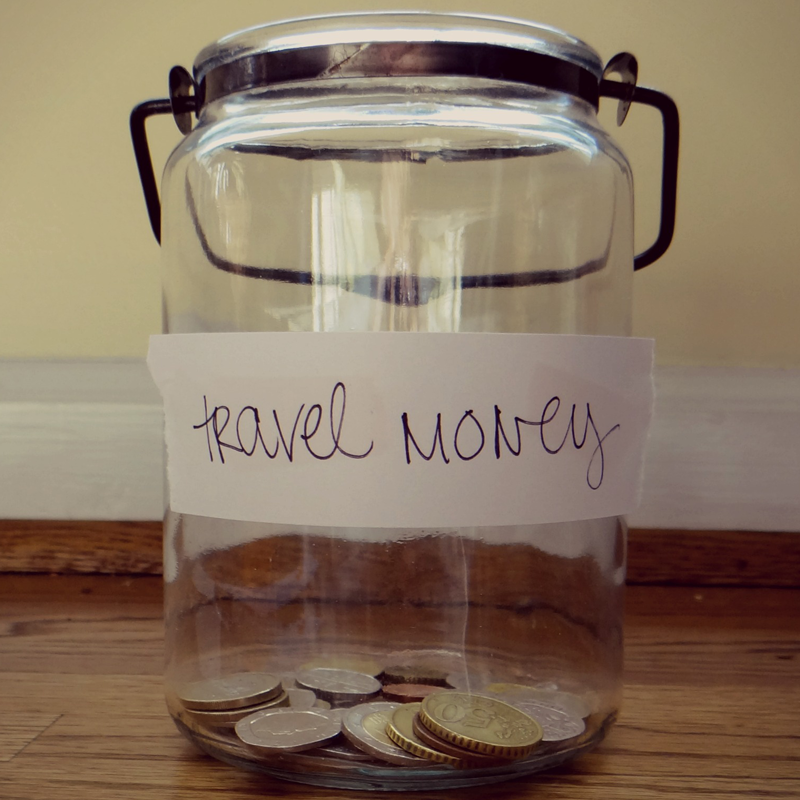 It seems as though the Internet has been split into two camps regarding the virtues of traveling and the practical costs and benefits of being a traveller. On the one hand, there are posts, listicles and dreamy pictures of far-off vistas that exhort you to drop everything right this minute and embark on a voyage of self-discovery and adventure. During the course of this journey, presumably, you will â€˜figure everything outâ€™ including how to make the journey happen in the first place.

On the other hand, there is an equally vocal crowd of people who claim that this is nothing but foolish romanticism and anyone who does embark on a life on the road is courting, at best, disillusionment and at worst, a lifetime of cleaning toilets. (Although it should be noted that the couple featured in that link donâ€™t say that this is a bad thing.)

Not surprisingly, the truth lies somewhere between the two extremes. Having experienced this first hand, I can tell you what Iâ€™ve learned about money and its place when making travel plans. In my own case, I had just sold my house and was using the proceeds from that sale to fund my travels. And I very quickly found RuleÂ #1 of budgets while traveling:

No amount of money is â€œenoughâ€:

No matter what your budget and how much you save, you will always find it just short of enough. Before you leave, youâ€™ll look at your bank balance and say, â€œno, this isnâ€™t enough, I should save for a few more monthsâ€ â€“ this is how 90% of the people who intend to go traveling for a long period actually end up not going at all. If you do end up going regardless of this realisation, youâ€™ll find that staying within your budget is incredibly difficult, no matter what your budget. There will always be something youâ€™ll wish you had that extra $100 to spend on, or something thatâ€™s just tantalisingly out of reach. If youâ€™re smart, youâ€™ll realise this at some point and just leave, deciding to spend your money as wisely as you can, without worrying about having enough. Which brings us to Rule # 2:

Notice I said almost no money. This means you canâ€™t start with nothing, as those dreamy postcards might lead you to believe. You definitely need to save enough for tickets, visas, insurance, and a small slush fund for emergencies. Thereâ€™s no getting away from the fact that travel costs money and youâ€™re going to have to save some to start with.

Now those are the two rules â€“ the only fiscal rules of travel, Iâ€™d say. But that doesnâ€™t explain how you can actually travel on a budget. For that, we need to look at the following guidelines, which supplement the above rules:

That is, the slower you go and the more time youâ€™re willing to spend on the road and between places, the less itâ€™s likely to cost you. Trains are cheaper than planes and buses are cheaper than trains and walking is cheapest of all. Traveling fast is a luxury and make no mistakes, when youâ€™re on the road you pay for all your luxuries.

This is an unnecessarily longwinded and scientific way of saying that if you want to save money, make friends and use services like Couchsurfing, Rideshare, Bla-bla Car and Freecycle, rather than AirBnB, Uber / Lyft, etc. In both cases you get to use a service or gain something that helps your travel. If youâ€™re willing to invest time and emotion into Couchsurfing and the like, you can travel for free â€“ but you have to be a good surfer, genuinely care about the people youâ€™re staying with, you need to travel like a Couchsurfer. Whereas with AirBnB itâ€™s far more businesslike â€“ you donâ€™t have to hang out with your hosts, itâ€™s much more like a hotel â€“ but you also have to pay for that convenience. Couchsurfing and relationship-building travel isnâ€™t for everyone. But if you can do that (and if you want to do that) youâ€™ll find itâ€™s far cheaper.

You donâ€™t need to be hustling 24/7 â€“ just keep your skills relevant, and try and find the odd gig. Make use of old contacts, get your name out there. This is easiest to do before you head off â€“ get a few regular jobs that can be continued over the internet and which wonâ€™t suffer if youâ€™re out of touch every now and then. Writing, some marketing tasks, even stuff like doing QC for other peoplesâ€™ work can get you some spending money. Again, building up a bank of work while youâ€™re living off your savings is best, as it lets you stretch those savings for longer.

If you manage to grasp the realities of the two rules and live your life on the road by the principles of these three guidelines, you will realise that what most people (myself included) say about traveling is quite true: it is rewarding, you will learn a lot (especially about yourself) and you will have fun. Just remember to plan as much as possible and be ok with the things that canâ€™t be planned!